11 competitors for the best regional film in 2011. 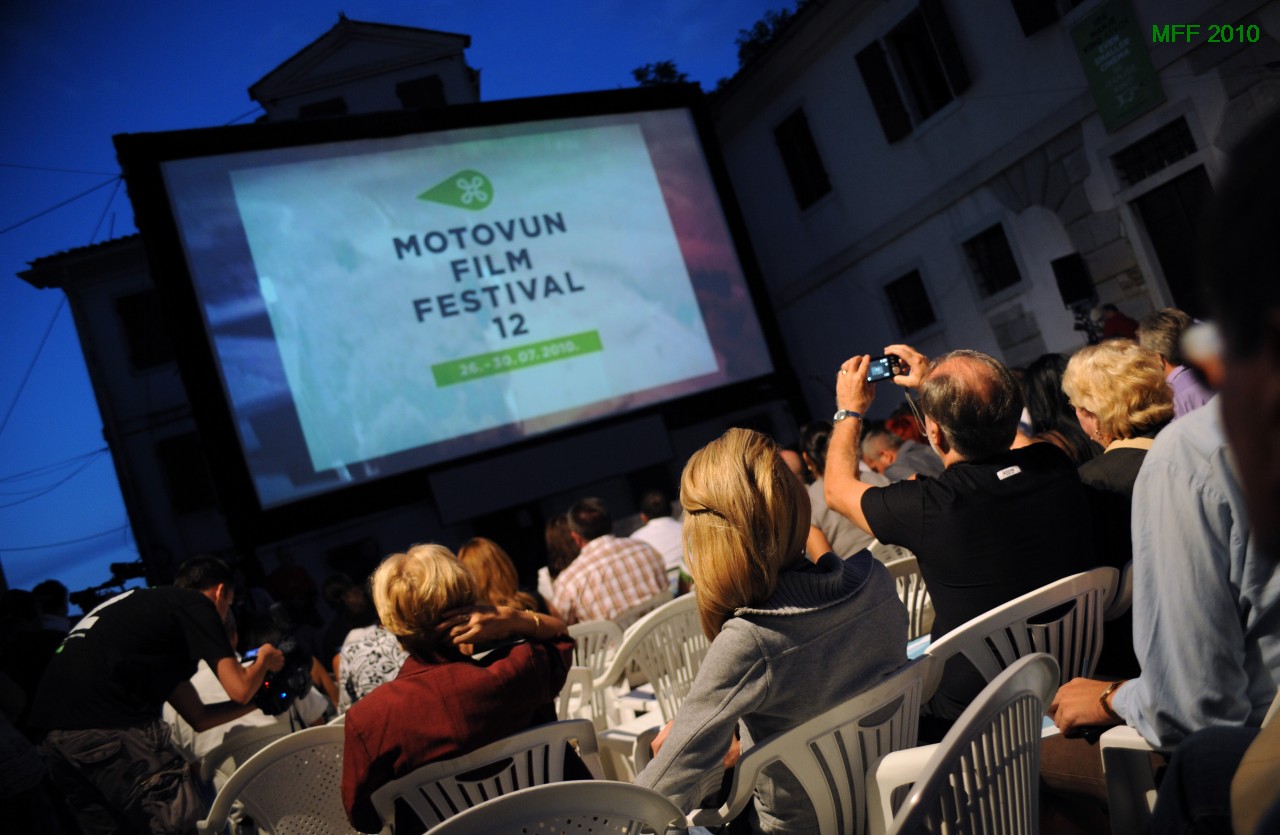 Zagreb, June 9 – Motovun Film Festival is awarding its „Bauer – film of the year" for the best film in the region, with three times higher cash prize than last year! 11 regional films are competing for the €15.000 prize.

Bauer award for the best film in the region was introduced for the first time at last year's festival, with the aim of having an equal representation of film professionals from former Yugoslav countries choose the best film of the season in a joint effort. The first winners were Zvonimir Jurić and Goran Dević for the film Crnci, while this year there are 11 films in the competition.

The director of the winning film will receive Bauer – film of the year award and a cash prize of €5000, accompanied by a partner prize of €10.000 worth postproduction services by Slovenian company Teleking. The award is given at the ceremony as part of the festival program.

Bauer – film of the year award is given to a film made in one of the seven countries: Bosnia and Herzegovina, Croatia, Kosovo, Macedonia, Montenegro, Serbia and Slovenia. Eligible for the competition are all feature-length films which have been screened in cinemas for at least five days or included in the program of an A-list festival, premiered between June 1 of the previous and June 1 of the current year.

Each of the countries has a local selector, who chooses two films from their country's cinematography – thus forming the list of nominated films. Selectors of this year's award are Ahmed Burić (Bosnia and Herzegovina), Nenad Polimac (Croatia), Agim Sopi (Kosovo), Sunčica Unevska (Macedonia), Maja Bogojević (Montenegro), Vladan Petković (Serbia), and Simon Popek (Slovenia). The selectors have the right to a „wild card", i.e. add up to two films from any of the countries to the list.

Since June 1 2010 there haven't been any premieres in Kosovo, and from other countries the nominees are:

Towards the end of the last century, at the time of the first democratic changes, Divko (Miki Manojlović) returns to his hometown in Herzegovina after 20 years of exile, "armed" with a new Mercedes , a scruffy old black cat and a 40 years younger girlfriend, in order to face his ex wife (Mira Furlan). The film is based on the novel of the same title by Ivica Ă„Âikića.

A feature-length film with no dialogue, placed in a no name war-torn Balkan country. Stevo, whose wife was killed, is trying to protect his son and daughter. What at first seemed like a dangerous situation, turned out to be an unusual vehicle owned by Circus Fantasticus. |Befriending a bizarre group of circus artists will inevitably change the lives of Stevo and his children…

Asthma suffering grandma Safa (Nada Ă„Âurevska) and her six-month-old granddaughter Jasmina, are evacuated from Sarajevo under siege to a small Dalmatian town by a humanitarian convoy. Their first neighbor is a local alcoholic Stipe (Zijah Sokolović), who gradually takes over looking after Jasmina…

Four stories by authors Mario Benedetti, Samuel Beckett, Raymond Carver and Charles Bukowski, are the basis for the film omnibus of the first generation of graduated film directors from Dramatic Arts Faculty. The first one describes a love story between two students, second of a homeless man and a prostitute, third of two young newlyweds, and fourth is a story of love and love affair in the marriage of a middle-aged couple.

Mare (Marija škaričić) and Janko (Janko Popović Volarić) are a young married couple whose marriage is going through a crisis. Due to domestic violence, Mare is forced to leave her home with their seven-year-old son Bruno on Christmas. The only person to give them shelter from cold Zagreb streets is security officer Milan (Krešimir Mikić), who's been longing for love and family his whole life.

Directing debut of actor Dragan Bjelogrlić and screenplay written by Srđan Dragojević, after a book of the same title by Vladimir Stanković. It is a story about a historic success of Yugoslav national team at the first football world cup in Montevideo in 1930, winning third place.

Father and son are spending a day in the forest. Fishing, playing, talking and analyzing their relationship. The father is surprised by his son's mature and lucid thinking, who has become much closer with his mother, who he has been living with since the divorce. Their moments together are much like a hermetic paradise, but it is no more than calm before the storm, which the viewers can feel coming…

A dark comedy about the turmoil of Macedonian transition, where once a cult punk band is offered a get-together gig to play at a bizarre "multicultural happening" which is supped to strengthen the image of Macedonia as a country where nationalist tensions have quieted down.

A new Dutch owner of a Croatian marketing agency is taking his employees for an active team building weekend. Apart from rafting and paintball, they will discover many surprises – a local family after their own heads, suspicious instructors, a couple of holidaymakers and bizarre accidents. As the day is coming to its end, it becomes clear that nothing will ever be the same…

The film has been fully made in Bor, inspired by a real experience of the two main characters. Best friends Toda and Stefan are spending their first summer after high school skateboarding in an abandoned mine making ‘Jackass' style videos. When Dunja comes into the picture, a friend from France spending summer holidays in Bor, they boys start competing for her affection, which affects their friendship…

The best film of the year is chosen by seven members of the jury, made up exclusively of film professionals from the countries included in the award.

Motovun Film Festival wishes to congratulate all the authors and crews of nominated films, believing Bauer – film of the year award can contribute to spreading the word of good films even further.

WHY THE NAME BAUER?

Exceptional and unique by many things, one of the best Yugoslav directors Branko Bauer is also special for making films on four of the seven territories covered by this award. A friend and good spirit of Motovun, Bauer was the first winner of our 50 Years Award in 1999. In his honor, one of the festival theaters was named after him, the Bauer theater.