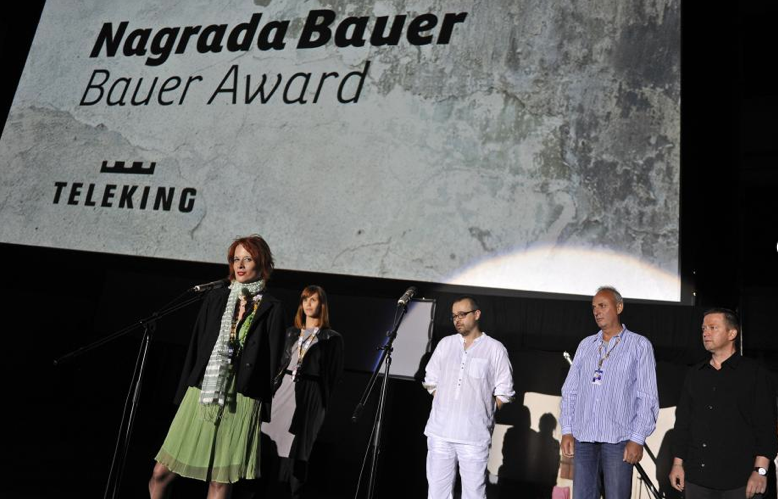 Motovun Film Festival will once again present Bauer Award for the best film in the region. The selectors of Motovun Film Festival have shortlisted twelve films from the region (Bosnia and Herzegovina, Montenegro, Croatia, Macedonia, Slovenia and Serbia). The three films that our seven-member jury rates as the best will enter the finals and will be shown in Motovun, where the winner will also be declared.

The films shortlisted for this year's competition:

Withdrawn from competition at the producer's request

«The Final Chapter» by Nemanja Bečanović

No films have been selected

«The Woman Who Wiped Away Her Tears» Teona Strugar Mitevska

«Bread and Circuses» by Klemen Dvornik

«A Trip» by Nejc Gazvoda

«The Parade» by Srđan Dragojević

Bauer Award aims to open the national borders and film markets in the region. The best film in the region is jointly and on an equal footing selected by film professionals from each country. Each country has one local selector, who selects two films from their respective national cinematographies. The list of nominated films is thus created.

Eligible for the competition are all feature-length films released in regular theatrical distribution for at least five days or were shown in an A-category festival program and premiered between 1 June of preceding year and 1 June of current year.

The film of the year is selected by a jury of seven film professionals from the region. The award is presented as part of the Motovun Film Festival program and the director of the awarded film is also given a cash reward in the amount of EUR 5,000 plus the EUR 10,000-worth production services of TELEKING Co.