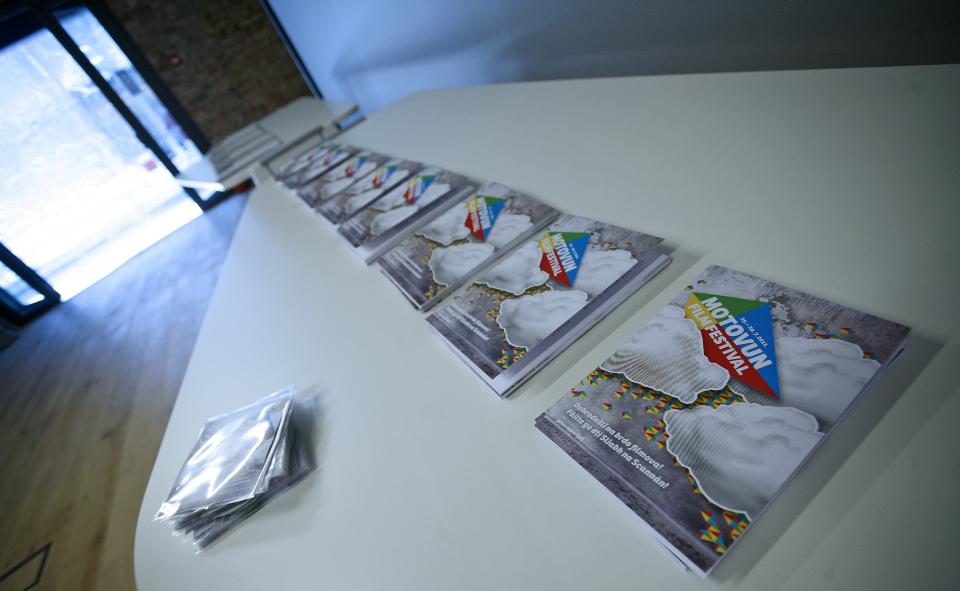 «After having watched hundreds of films and chosen 28 for the main program, we are slowly preparing for the festival: we have indeed chosen the best of the best… Adding daily music program and well known Motovun parties– I guess we can yet again say: we are loaded.»

In the main program we are showing a total of 28 films (which equals the festival record from 2008), explained by our selector, Jurica Pavičić:

«The 28 titles are as heterogenous as they can be: from dance documentaries to the ones about fighting, A-list production action films, such as "Balada triste" to micro budget ones like "Žetve" and "Oča". All continents except Africa are represented, we have Canada, Australia, Mexico, Ukraine is with us for the first time, including what has been MFF trademark for years: a solid representation of European cinematography.»

The program includes world premiere of the new film by legendary Serbian director Želimir Žilnik, 'Jedna žena – jedan vek', as well as his Cannes winner 'Kid with a Bike', films made after successful novels like 'Norwegian Wood' and 'Mission London' , and three local films – 'Fleke', 'Koko i duhovi' and 'Mrak'.

Within partner country program, Made in Ireland, the festival presents 16 best Irish films in the last ten years, selected by Irish Film Board CEO 2006 – 2010, Simon Perry.

«This year we have Ireland as our partner country. There’s hot stuff coming from Dublin – 16 films of the latest production (some literally still steaming). We would particularly like to mention two of them –“ The Guard“ by John Michael McDonaugh, to be shown in Irish cinemas in a week, but it is already expected to be a big hit. We are very happy to screen the amazing documentary „Knuckle“ by Ian Palmer, which he worked on for twelve years – it talks about a local version of vendetta, where the strongest members of families have bare-knuckle fights in a long- running feud. We have guests from both films, including guests from other Irish films, the total of fifteen producers, directors, actors…», Jurica Pavičić says.

Motovun Shorts has received an unbelievable 653 applications, and the best ones, in the selection of Andrej Korovljev, will be available on Iskon.TV videostore, apart from Motovun.

Program Kino Remetinec you will find a selection of films with prison theme, chosen by our art director in honorary retirement – Rajko Grlić, while the music documentaries program is bringing Julien Temple back to Motovun.

A special attention in the festival program is also given to the finalists of the Bauer award, introduced last year to award a film from the seven cinematographies in the region: Bosnia and Herzegovina, Croatia, Kosovo, Macedonia, Montenegro, Serbia and Slovenia. The entire film production of the year in each country goes through double selection process, bringing three finalists, who will be competing for €15.000 worth award this year.

This year’s awards also include our Corruption free award, awarded to the film that best deals with the problem of corruption, given in co-operation with Transparency International Croatia and the Embassy of the Kingdom of the Netherlands

50 years award, dedicated to great filmmakers who have successfully been in the industry for over half a century, this year goes to the legend of Croatian music, maestro Miljenko Prohaska. He has conducted orchestras from Zagreb to Montreux, his compositions have made it to Carnegie Hall repertoire, while composing music for 15 films and two TV shows.

The third winner of our MAVERICK award, which celebrates unconventionality, kojom is Austrian author Ulrich Seidl, who has completely erased the boundaries between documentary and feature film, fact and fiction, as well as generally accepted conventions of 'defined film genres'. In Motovun retrospect dedicated to him, you will see ‘Dog Days, ‘Jesus, You Know’, ‘Import/Export’, 'Brüder, laβt uns lustig sein' and ‘Der Busenfreund’.

Motovun Festival started with the silent film 'Juha' by Aki Kaurismäki, and at this year’s festival we are showing our 1000th film. The celebratory screening will open a new chapter in the festival’s history, by showing the first European 3D film, as well as the first art film made in that technique – 'Pina' by Wim Wenders. Motovun screening of the film is also the first 3D open-air screening in this part of Europe, brought to you in co-operation with AVC, who are providing the most powerful projector in the world – BARCO – with the support of DOREMI digital cinema server.

With the support of Croatian-American company Shoutem, Motovun is getting a phone application for iOS and Android platforms, which can be found, among European festivals, only in Cannes, Venice, Berlin, Rome, London and Edinburgh.

That’s not all in technological innovation. For the first time in the region you will be able to buy your festival tickets at POS terminals, from July 11 in all iNovina kiosks in Croatia.

Advance ticket sales, individual and sets, started on July 1 and will last till the festival, both online and at all ticket points within ulaznice.hr system.

Another novelty is the new visual identity of the festival by Kancelarija, as well as the new web site designed by Francteh.