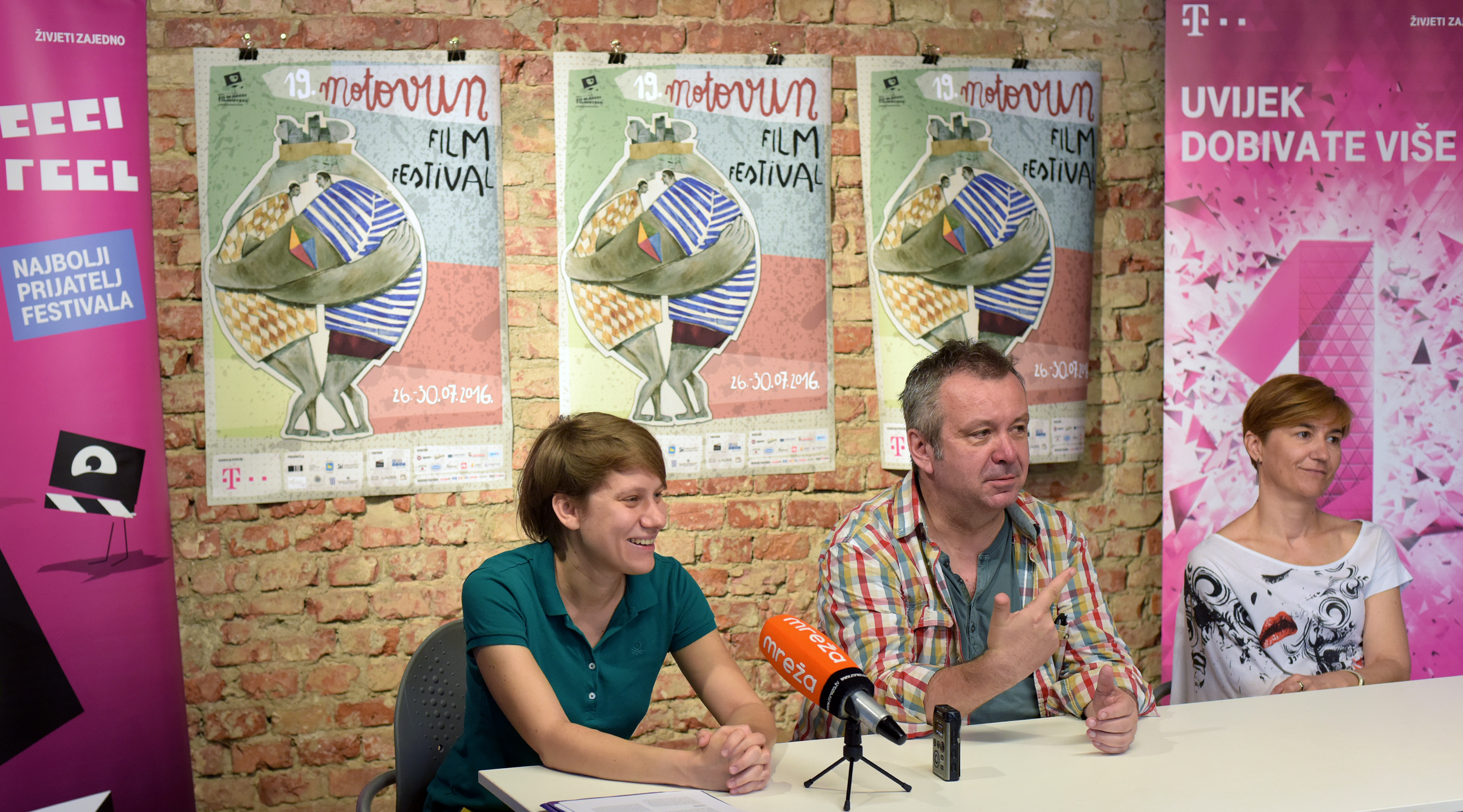 Motovun Film Festival announced this morning in Lauba Art House the films we will see in the festival's main program between 26 July and 30 July, including as many as 15 premieres. The three side programs are reserved for the partner country (this year it is Italy) and the fourth one – Where Were You in 2016? – tackles the rise of nationalism in Europe. The line-up of the music program is headed by Edo Maajka and Italian ethno stars Kalàscima, but more great names will be awaiting you on Film Hill.

Yesterday's screening of MFF's last year's hit Marshland marked the official launching of Motovunization!, the program serving as a warm-up for the film summer taking place from 26-30 July. Some three hundred viewers enjoyed the multi-awarded film on the Kaptol Centar terrace. They were also the first ones to find out the highlights of the 19th MFF program, confirmed at the press conference today.

The Student from Cannes and Argentine Oscar candidate in Motovun!

The main program that includes 15 premieres is headed by Jim Jarmusch's latest documentary Gimme Danger, a film about the career, music and phenomenon of The Stooges, whose frontman Iggy Pop is considered one of the greatest rockers and most charismatic lead vocalists of all time. The fans of the humoristic side of the misanthropic artist Bruno Dumont will be thrilled with the premiere of his new black comedy Slack Bay. Numerous nightmare characters played by the best French actors including Juliette Binoche will recreate for us a side-splitting fin-de-siecle chaos. Other films of the main program include Fire At Sea, the winner of Berlinale, the premiere of the indie-hit Tangerine (entirely shot with a cell phone), The Student (the winner of François Chalais Prize in Cannes), American film Certain Women with Laura Dern, Michelle Williams i Kristen Stewart and the premiere of The Clan, the Argentine candidate for the Oscar – a film based on the true story about the horrifying crimes of a family of professional kidnappers. Mirjana Karanović and Ksenija Marinković will present the film A Good Wife in which they both appear. We will also see All The Best, the latest film of Croatian filmmaker Snježana Tribuson.

After France last year, our partner isItalian Institute of Culture and, with as many as three side programs. I grandi maestri is dedicated to the five best Italian filmmakers of today. Il Mezzogiorno presents the films coming from the southernmost part of the Italian "boot". Commedia all' italiana will make you laugh till the tears come. Our program will include not only the latest from the Italian cinema, like the very successful La Pazza Gioia (2016), but also Fellini's immortal classic Amarcord, a film many generations grew up with, still as funny as in the days when it was made.

Where Were You in 2016? – a program tackling the rise of right-wing extremism

While the answer to the above question is easy: "In Motovun!", don't let the name of our side program mislead you. It tackles the rise of the far right in the Central European countries. Presenting films like the German hit We Are Young. We Are Strong, Greek film Fascism Inc. about the new rise of Fascism and the ghastly Russian-Israeli documentary Credit for Murder that shows what happens when such a trend is ignored, this program is a Motovun Film Festival's contribution to the topical debate if antifascism is but an empty phrase.

When your favorite films end and the projectors are turned off, entertainment moves to the festival stage. In charge of this year's musical climax will be Bosnian rapper Edo Maajka and the hottest Italian ethno band Kalàscima. A few other musical delights will make the hot Motovun stage grow even hotter.