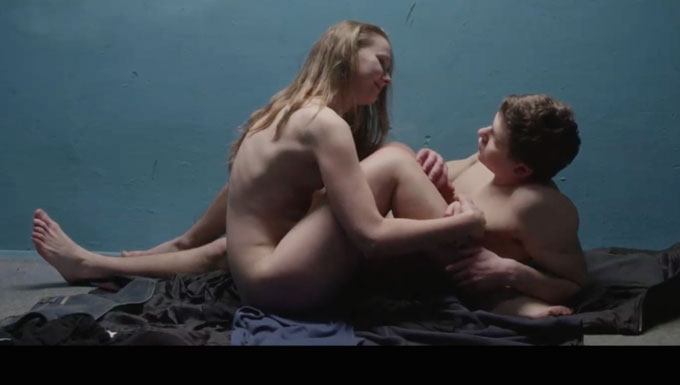 The Ukrainian film The Tribe, written and directed by Myroslav Slaboshpytskiy won the 17th MFF

The festival's main award, Propeller – given to the best film in the main program – went to Myroslav Slaboshpytskiy and his film The Tribe. It takes place in a boarding school for deaf and mute student. Fighting their way through the hierarchy of a criminal organization, its protagonist violates all of its tacit rules, albeit unintentionally.

The FIPRESCI Award was given to Ruben Östlund, the director of Force Majeure – an observational comedy about a man's role in a modern family life.

In the Motovun Shorts category, the last year's winner Christos Nikou chose Martin Rath and his film The Arena, which is trying to find out what material are we all made of.

A special jury – "Jury in Exile" – consisting of artists and activists who were forced to leave their native countries because of their activities – decided on this year's winner of Propeller Award. The jury consisted of Jafar Panahi, (an Iranian director), Inna Shevchenko (a Ukrainian activist), Nikolai Kalezin (a Byelorussian director), Natalia Kalida (a Byelorussian director) and Ala'a Basatneh (a Syrian activist). The Jury in Exile gave the Propeller Award to the Ukrainian director Myroslav Slaboshpytskiy for his film The Tribe. Inna Schevchenko, a member of the Jury in Exile, explains the Jury's decision to proclaim the film The Tribe by Myroslav Slaboshpytskiy the winner of Propeller Award and to give Special Mention to The Police Officer's Wife by Peter Groning:

"We were attracted by the complexity of the film The Tribe. Not being able to hear a word, the audience understands the conversations of deaf people through the coldness and aggression they express. The silence of this movie, together with its emotionality, creates something strange, heavy and very original. Touching a few important social issues, The Tribe throws us into aggression, violence, oppression, weakness, despairing, love and passion. We felt we watched something very special and, simply for that reason, we give the award to The Tribe.

The Police Officer's Wife is a movie-paradox. The violence is shown through a very poetic story. Chapter by chapter we follow how aggression grows inside a human being. It could not be any more sensitive and more brutal."

The International film critics' jury (with Alexandra Pütter, Luminita Boerescu and Dean Kotiga as its members) have given the award to the film Force Majeure, directed by Ruben Östlund.

"Taking place in an idyllic but also threatening environment, the film tackles interpersonal relations using a sophisticated and unconventional humor. The director consistently and bravely holds to his own style, uncompromisingly dealing with the subject with a help of long takes and slow rhythm. Such dialectics of a subject and form are rarely seen today."

"In this year’s short film program of Motovun Film Festival there were many interesting films. Among them, three to four really stand apart in my opinion. I tried to choose the one director from whom I would like to see a feature film in the near future. On this basis my selection for this year’s award is Arena by Martin Rath. An atmospheric and complete film, a flawless production with the outstanding cinematography by Bartosz Swiniarski."