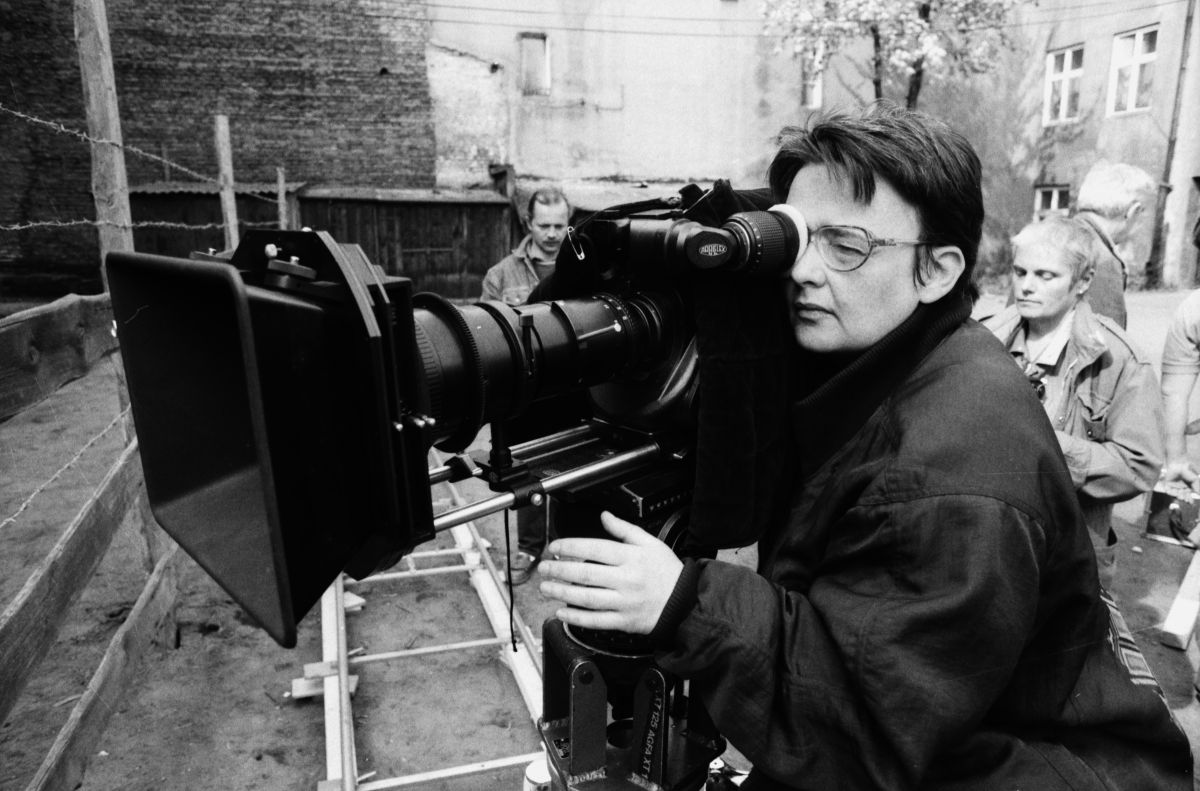 The award for expanding boundaries of film goes to the famous Polish filmmaker.

Since 2008, Motovun Maverick Award is given to the authors whose individual approach, free spirit and innovation push the boundaries of cinematic language. This year’s laureate, Agnieszka Holland, is one of a very few filmmakers – not to mention female filmmakers – from the former East Bloc and present-day Eastern Europe – who became recognized outside their national (in her case – Polish) borders and got over the transition period, successfully linking Eastern and Western cinema.

The work of this director, born in Warsaw in 1948, is very hard to categorize because it stubbornly rejects stereotypes. In her almost 50 year-long career, Holland changed styles, often crossing from genre to genre. But a common thread of her film work is her meticulous approach to her complex, often compromised characters whose stories are always set against a backdrop of history, but never in the same way.

Before emigrating from her homeland in the late 1980s because she was banned from making films, she belonged to the so-called “cinema of moral anxiety” – a 1970s Polish film school the distinguishing features of which were documentarist realism, dealing with everyday themes and making explicit political comments. This school was headed by directors Krzysztof Zanussi and Andrzej Wajda. Another great Polish filmmaker, Agnès Varda, also showed that one can be a great female film director.

Jewish by her father and Catholic by her mother, Holland grew in the atheist environment of her parents, dedicated antifascists. Nevertheless, the issues of Holocaust and antisemitism are the recurring subjects of her films – three of them deal with these: Angry Harvest (1984), Europa, Europa (1990) and In Darkness (2011). All of them were nominated for Oscars. Europa, Europa, perhaps her best known film, won Golden Globe for Best Foreign Film.

Although the communist (napomena: treba ‘komunistički’, a ne ‘sovjetski’; to bi trebalo ispraviti u hrv. verziji)) regime in Poland and Czechoslovakia where she lived was undoubtedly repressive, Holland – now in her sixties and with a longtime Hollywood experience – often points out the paradoxical similarities between the then communist Soviet bloc (ni tu ne ide ‘sovjetski’, ali sam to riješio ‘sovjetskim blokom’; tako bi trebalo i na hrvatskom) and present-day American system: big American film studios often use the same logic as the cultural institutions of the Eastern Bloc.

Perhaps because this experience, in the past years she focused on television, where she set out on a completely new career. For example, she worked on a number of HBO, Netflix and NBC projects, including directing some episodes of Wire and House of Cards. Series. When HBO first came to Eastern Europe, the first series they made was Burning Bush, about Jan Palach’s life, directed by Holland.

In 2017, Holland returned to film and her native soil: she directed Spoor (Pokot), a thriller that riveted attention in the official competition of Berlinale, winning a Silver Bear. This anarchoid-feminist crime drama with black comedy elements – in which hunting is a metaphor of subjugation of nature and the weaker ones, typical of patriarchal cultures – was criticized by Polish press, both in Berlin and in Poland, for allegedly promoting eco-terrorism and antichristian attitudes.

Given the neoconservative counterrevolution Poland and the rest of the world has been facing recently, Spoor and other films of Agniezska Holland are more topical than ever before. This is one of the reasons why she is this year’s laureate of the Motovun Maverick Award which celebrates free spirit.

It is a fortunate coincidence that at the same time when she will be receiving the award, her latest film will be competing in the main program of the 20th MFF. Agniezska Holland will thus rightfully join the past laureates who have pushed the boundaries of the art of film – the people like Ken Russell, Ulrich Seidl, Andrei Zvyagintsev.