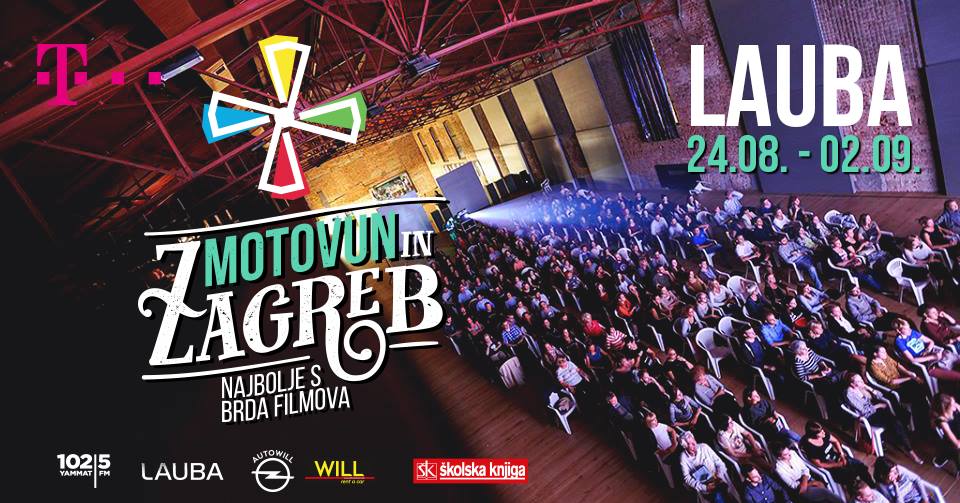 Twelve MFF and Buzz@teen films will be shown in Lauba between 24 August and 2 September.

Having started with a warmup in Zagreb, then moving to Film Hill to mark its 20th anniversary with a five-day film and music program and then successfully touring Istrian towns, Motovun Film Festival is now back in Zagreb again, in Lauba Culture Center. Every day between 24 August and 2 September, Motovun in Zagreb program will be presenting the most important films from this year’s festival edition in Motovun and its children’s program in Buzet.

Traditionally, Motovun Film Festival screens its best films in Lauba Culture Center, thus providing those who spent the last week of July working or enjoying their vacation instead of attending Motovun screenings with an opportunity to see the best of this year’s program. The twentieth edition of the festival included 125 short and feature films, foreign and Croatian. Twelve of those will be shown in Lauba between 24 August and 2 September.

The Lauba program opens Thursday with one of the best Icelandic debut films, Heartstone by Guðmundur Guðmundsson. Then follows an oddball Spanish thriller, TheBar. Via craggy Georgian wastelands (Dede, awarded with a special mention at the prestigious Karlovy Vary festival), Israeli mountains (Holy Air) and the night streets of Russia (Arhythmia), the road will take you to the Bulgarian Wild West and this year’s Propeller of Motovun and FIPRESCI Awards winner, Western.

For the audiences still escorted to the movies by their parents, this and last year’s winners of youth and children’s film festival Buzz@teen, Heartstrings and Nika, will be shown in the program. These two screenings are sponsored by školska knjiga. As of Friday, 25 August, if you buy a set of school requisites in školska knjiga bookstore on Ban Jelačić Square in Zagreb, you will receive two free tickets for the said films (to be screened in Lauba on 1 and 2 September, respectively). The number of free tickets is limited.

An entertaining Irish refreshment, A Date for Mad Mary, and an interesting documentary film about pop-culture, Most Important Boy in the Worldwill be followed by two intense thrillers, Brimstone starring Dakota Fanning and The Fury of a Patient Man from Spain, the winner of four Goya Awards. The screening of the latter will mark the end of the Motovun program in Lauba.

A single ticket costs HRK 20 and a set for all twelve films costs HRK 100. The tickets can be obtained at Lauba box office which opens an hour before each screening or they can be booked via ulaznice.hr.