Day 3: What to watch and listen 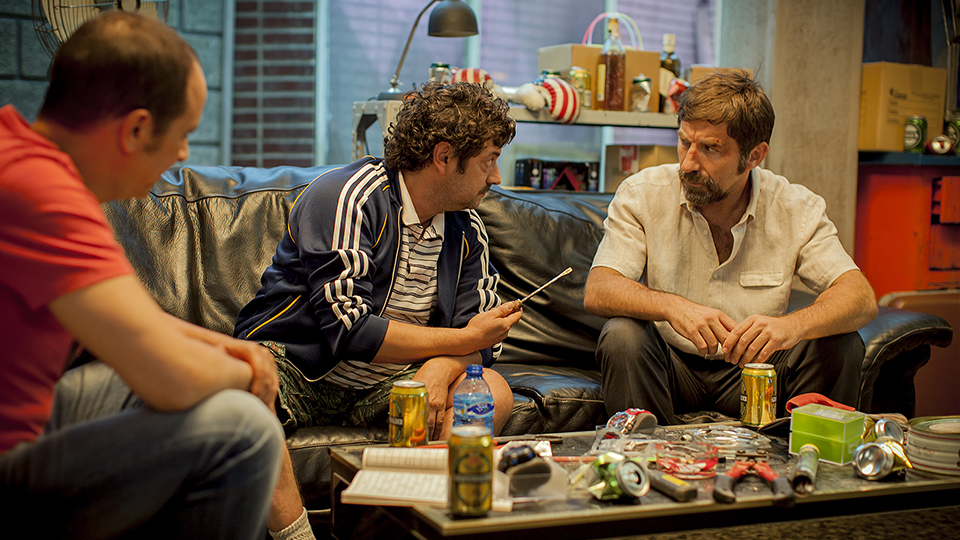 From Fury of a Patient Man to the Misandrists.

Day 3 – yet another day of colorful and interesting films. If you skipped the Icelandic film Heartstone yesterday, you can still see it today in Cinema Bauer at 12:00.

Documentary film Depth Twoby Ognjen Glavonić will be shown in Even Smaller Cinema at 15:00. The film reveals the 17-year-old public secret of unforgivable attrocities and a mass grave of Kosovar civilians in Belgrade suburbs.

The cooperation with Iceland continues in Cinema Bauer, where Sparrows by the currently most prominent Icelandic filmmaker Rúnar Rúnarsson will be shown at 16:00. It is a story of a young man who is forced to move to his father's place in an Icelandic village and will have to learn how to live with him. After that, inEven Smaller Cinema,the film Rock in Reykjavikby Friðrik Þór Friðriksson will be shown at 18:00. It tells us about the 1980s explosion of rock'n'roll and punk rock in Iceland, introducing 19 bands and including footage of their concerts and interviews.

The night screenings begin in Cinema Trg at 21:00, with the directorial debut of actor Raúl Arévalo, whose multi-award winning Swamp (ten Goya Awards) was shown at an earlier edition of Motovun. The Fury of a Patient Manis a story about an eight-year-old revenge, murder and Spanish gangs. This thriller won his author four Goyas and the lead actress Ruth Diaz won Venice Horizons Award at Venice Film Festival.

We'll wrap the day up in Cinema Billy at 23:00,with the provocative film The Misandristsby Bruce LaBruce, one of our guests this year. The plot involves a feminist terrorist group who wants to introduce a new world order ruled by women. When a young radical male leftist hiding from police joins the cult, his presence will stir up strife.

At yet another High Noonish session at 12:30, Croatian documentary filmmaker Bogdan Žižić will introduce himself to the visitors. In his long career, Žižić directed a dozen fiction feature-length films, but he is best known by his documentary and short films (around one hundred of them). He is one of the most productive documentary filmmakers and one of the most awarded Croatian filmmakers in general. He is this year's laureate of Motovun's oldest award, 50 Years. You can enjoy the company of this legend of Croatian film on the terrace in front of the hotel.

AnotherCampus Motovunlecture begins at 16:00. If you want to find out what it takes to make a successful trailer and how to electrify your potential audience and make it come and see the film, this is the right place to be. ProducerLoren Mrkušić, the founder and director of The Dream Factory, one of Europe's leading film advertising agencies, will explain how to make a trailer for modern audiences.

It's not just lectures and workshops – football fanatics can also find something for themselves in Motovun! True, we do not have a real football field, but you can stills how your skills at the table football tournament. Motovun team will be playing Iceland at the front hotel terrace at 17:00. After the recent painful defeat of Croatian national team by small and mean Iceland, the time has come for a revenge! You can apply at Press Center.

As part of our Degenerate Art 2.0in the Garden at 18:30,the visitors will have an opportunity to hear Ten Stories. These terrifying, bizarre or tragicomical stories based on true events will help you take a look at the everyday lives of artists and activists from a series of countries from Turkey to Russia, who have fallen from grace with their regimes.