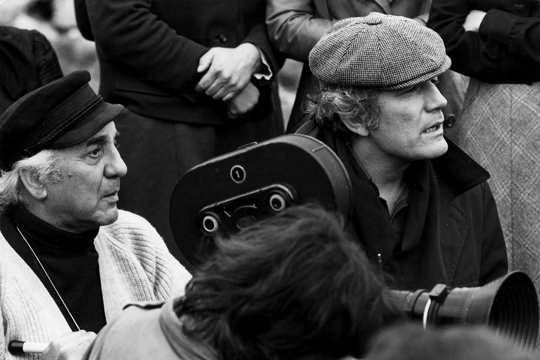 Celebrating its twentieth edition, Motovun Film Festival’s will present its oldest award, Fifty Years, to Bogdan Žižić, one of the greatest and most productive documentarists and one of the most awarded Croatian filmmakers. The award is given to those who have run their lifetime marathon in the cinematography that has never pampered its children, those who have endured to celebrate their golden jubilee in the conditions where strength of will is as important as love and passion for film. The continued work of Bogdan Žižić, extending over half a century, is an example of the quest and hunger for truth in a society that tends to twist and discard historical facts.

His film Jasenovac, made during preparations for the unveiling of the monument dedicated to the victims of the Ustashe concentration camp (the Stone Flower, sculpted by Bogdan Bogdanović), had its premiere fifty years ago. Provoked by permanent attempts to diminish the atrocities committed there, Žižić returned to the subject. Without any interviews and without relying on testimonies, Jasenovac Memento, written by the author himself, focuses on experts’ historical analyses. As a deeply moving chronicle of an industrial-scale murder, this film is needed more than ever in this age of “alternative facts”.

Born in Solin in 1934, Žižić earned his degree in law, but he decided that divorce suits were not what he wanted to do. Having found a job in Zagreb Film in 1964, he made his first film The Flood, still considered as the single complete cinematic document of the devastating catastrophe that had hit Zagreb. Žižić later became one of the most important Croatian and Yugoslav filmmakers. His short films won awards at important international festivals. His first two feature-length films, The House (1975) and Don’t Lean Out the Window (1997), won Golden Arenas at Pula Film Festival, so he made Croatian history as the only winner of two Golden Arenas for two feature-length films. For her leading role in The House, Jagoda Kaloper also won a Golden Arena. It was an emancipatory breakthrough in our cinema because female roles had earlier been reserved for the characters like mothers, mistresses or prostitutes.

This bard of documentary film has always been preoccupied with the topics like repression, morality of victors of wars and the questionable quality of memory. He was the first one who filmed Goli Otok – a penitentiary for political prisoners – accompanied by his close friend Alfred Pal, a former prisoner of German camps who also served time in the partisans’ in this island prison camp. Preoccupied with the volatile nature of memory, he made Damnatio Memoriae, a film about the destruction of the monuments dedicated to the WWII partisans. He also made a biopic about Vlado Gotovac, a great poet and politician – an intimate and moving testimony of his imprisonment.

Never giving up his habit not to go with the flow, Žižić became a persona non grata as head of Zagreb Film, in an atmosphere of denouncing that once again required the stamina so typical of this great film director and screenwriter. It is this very trait that Fifty Years award celebrates, a trait so crucial for the veterans and marathon-runners of our cinema.

Fifty Years award is given in cooperation with the Croatian Film Directors’ Guild.