FROM PUNK ROCK TO RAP, FROM ELECTRONIC RHYTHMS TO TARANTELLA 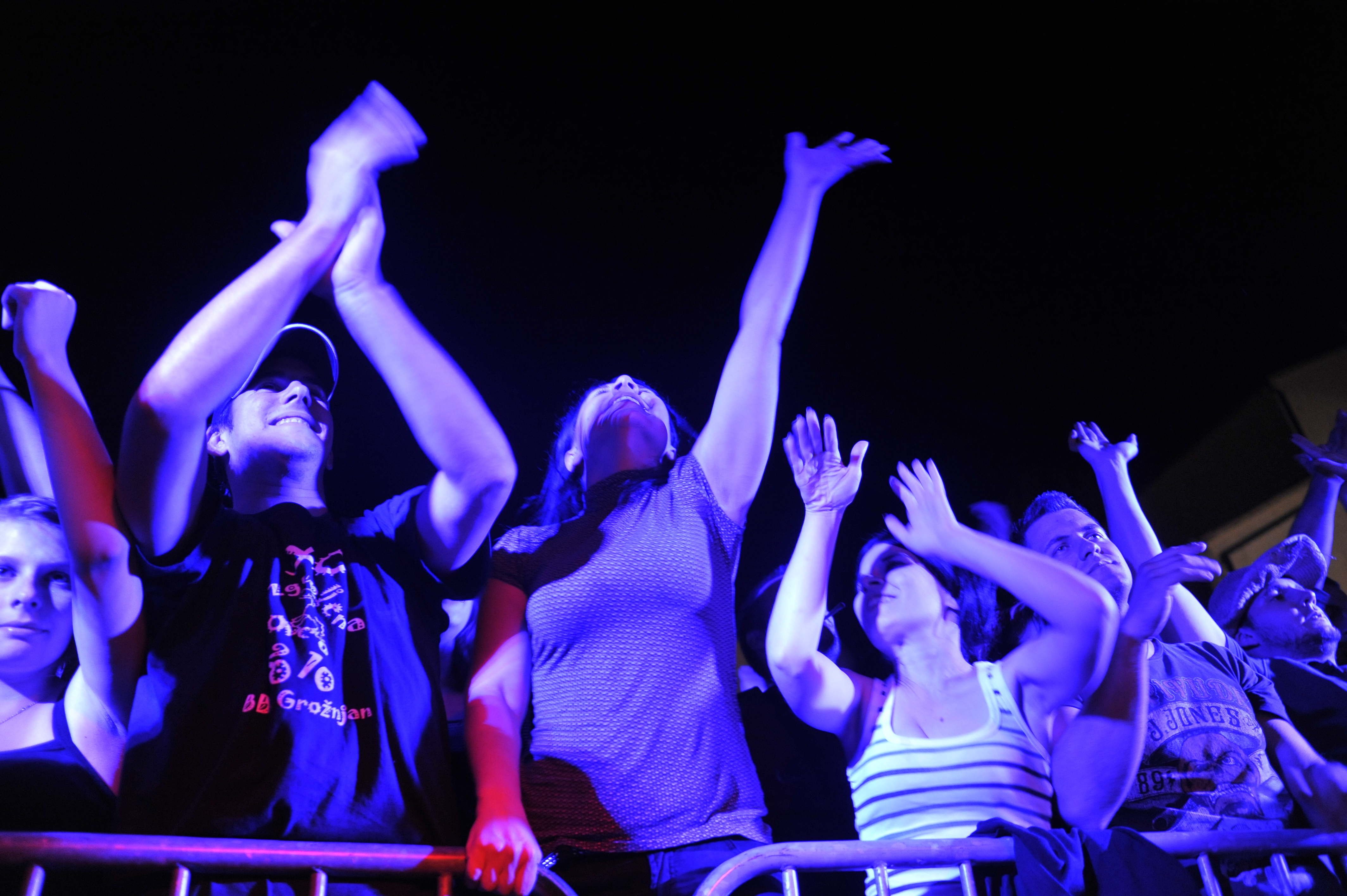 Dance till daybreak with Edo Maajka, Kawasaki 3P, Jonathan and others

After a whole day of watching movies of the 19th Motovun Film Festival program, one should go stretch their legs on the dance floor. The free music program wrapping up every day of the festival between 26 July and 30 July is for those who will gladly sacrifice a few hours of their sleep for dancing till daybreak with Edo Maajka, Kawasaki 3P, Jonathan, Nipplepeople, Kalascima and Filip Motovunski.

Even the most picky ears, will find something for themselves in this year's music program of Motovun Film Festival, more diverse than ever, on five hot nights from 26-30 July. Some of the performers, like Edo Maajka and Kawasaki 3P will have their comeback to Film Hill after a long time; some, like Filip Motovunski, are local, and some will be joining us for the first time. The latter include the mysterious duo Nipplepeople, whose faces can never be seen when they perform. On 30 July they will thrill us with their hit numbers such as Sutra, Broj, Ne volim te, Balkan express and others.

The six members of Italian trance-folk band Kalascima will climb our hill for the first time. These energetic and jovial fellows, known by their efficient combining of electronic music and ritual tarantella (pisalo je 'taranta'; to bi trebalo ispraviti u hrvatskom) will set you ablaze on Friday, 29 July. Jonathan, the latest music sensation from Rijeka, will thrill the lovers of rock music on the third night. If you are looking forward to hearing live versions of Maggie, Pictures or Heaven, the night of 28 July is your night.

The pub punk-rockers from Kawasaki 3P need no special introduction. Three guitars, drums, a vocal and as many as four trumpets will blow you away on 27 July, just as they did seven years ago on the same place. Another returnee we can't wait to see is Edo Maajka. This rapper from Brčko will introduce his new album, planned for release in October, with major hits like Ojojoj and No pasaran.

After all this rock, punk-rock, rap and folk, we should say a few words about our festival DJs. Motovun's own Filip Motovunski, a young dnb/joungle DJ, is a successful musician and producer. This year, marking the tenth anniversary of his career, he released his album Ten Years Making Beats. His 30 July concert will close the festival's music program. And finally, the fans of the old disco will come into their own because Tetkine radosti, a Slovenian DJ collective, will also be performing in Motovun. Familiar with them or not, all you need to know is you will have a chance to dance your heart out.