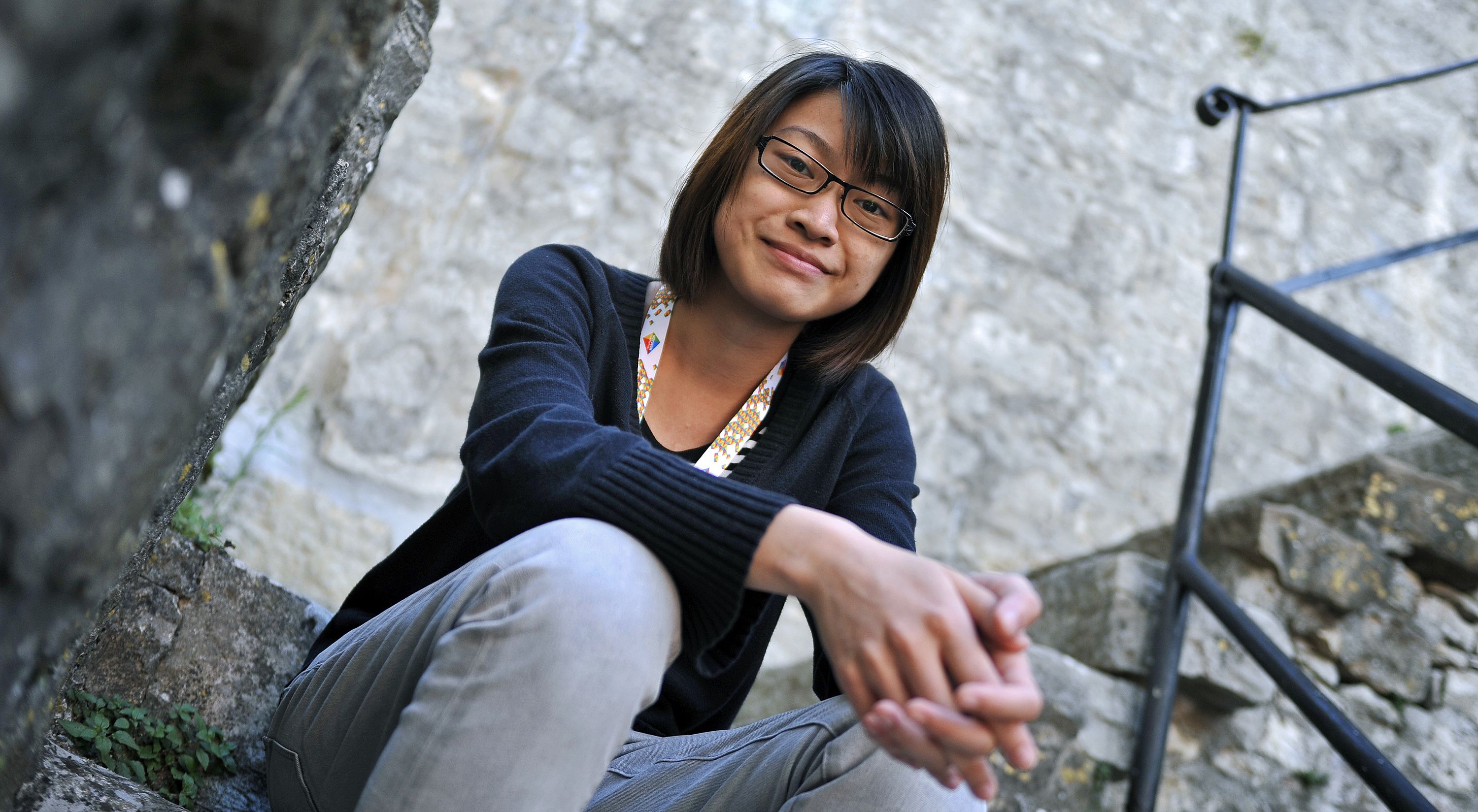 You have come all the way from China to join the ragged and barefoot crowd in Motovun. Was it worth?

What are your first impressions of Motovun? How different is it from the things you are used to?

I think the open-air screenings are the biggest difference. In China, there are not many festivals, but there is a lot of censorship.

What gave you the idea for your film?

It is based on my own experience. The experience of the girl in the film is my own. I used to work in a Hong Kong market. You know, when you tell someone in Hong Kong that you work in a market, people are shocked. Markets there are full of drugs, prostitution and crime in genereral. The Chinese word for it is "sambutgoon": "sam" means free, "but" means "no" and "goon" means controlled. No one can control that place. It is an interesting place, however. You have prostitution and gamble there, only two minutes away from a police station.

Why did you decide to share your experience with others?

The main reason is that I wanted to leave behind something I could not forget for four years. I was hoping I would feel better if I shared it with others. And it worked. All my life and my system of values have changed after my market experience. I saw so many things there. The market is the reality of mankind. It is a community of its own. There are various people there – poor, rich, clever and stupid ones. I got to know reality there. Especially when I observed the poor. The people in Hong Kong are rich and I wanted to taste truth.

You say you have changed. In what way?

I used to be afraid of the people belonging to secret organizations like 14K. Then I suddenly had a chance to get to know these people. I was pure and innocent at the time so I was afraid of them. I tried to stay away from them, but their boss called me one day and told me to bring a bag full of money to a bank. From that day on, I would bring a bag with USD 100,000 to a bank every day. No one could touch me because everybody knew. One day, a woman who was doing the same erand ended up with her arm cut off. That worried me a bit. I thought about the people who could protect me. Thez are like everyone else; they, too, have a heart and are not so cold-blooded as people think. I still like them and I think I will like them for the rest of my life. Sometimes, when I hear on the news that someone I know has been killed, I do have contradictory emotions. Before my market experienced, the world was black and white for me. Now, everything is gray. Everything has two sides. It is not fair how people see prostitutes. Men think women do it just because they like money. However, I saw them also taking their children to school during the day. Every business is based on sale. In this case, it your body you are selling.

Can the brave ones count on luck?

I am not quite familiar with this expression, but I don't think this has much to do with being brave. In China, we have another saying: God, place, people, destiny – they all get together. I think this is what has happened to me. This world is the way it is – I am merely walking through it.