MFF Presents Program of Its 22nd Edition: Humor and Joy vs. Bleak Reality 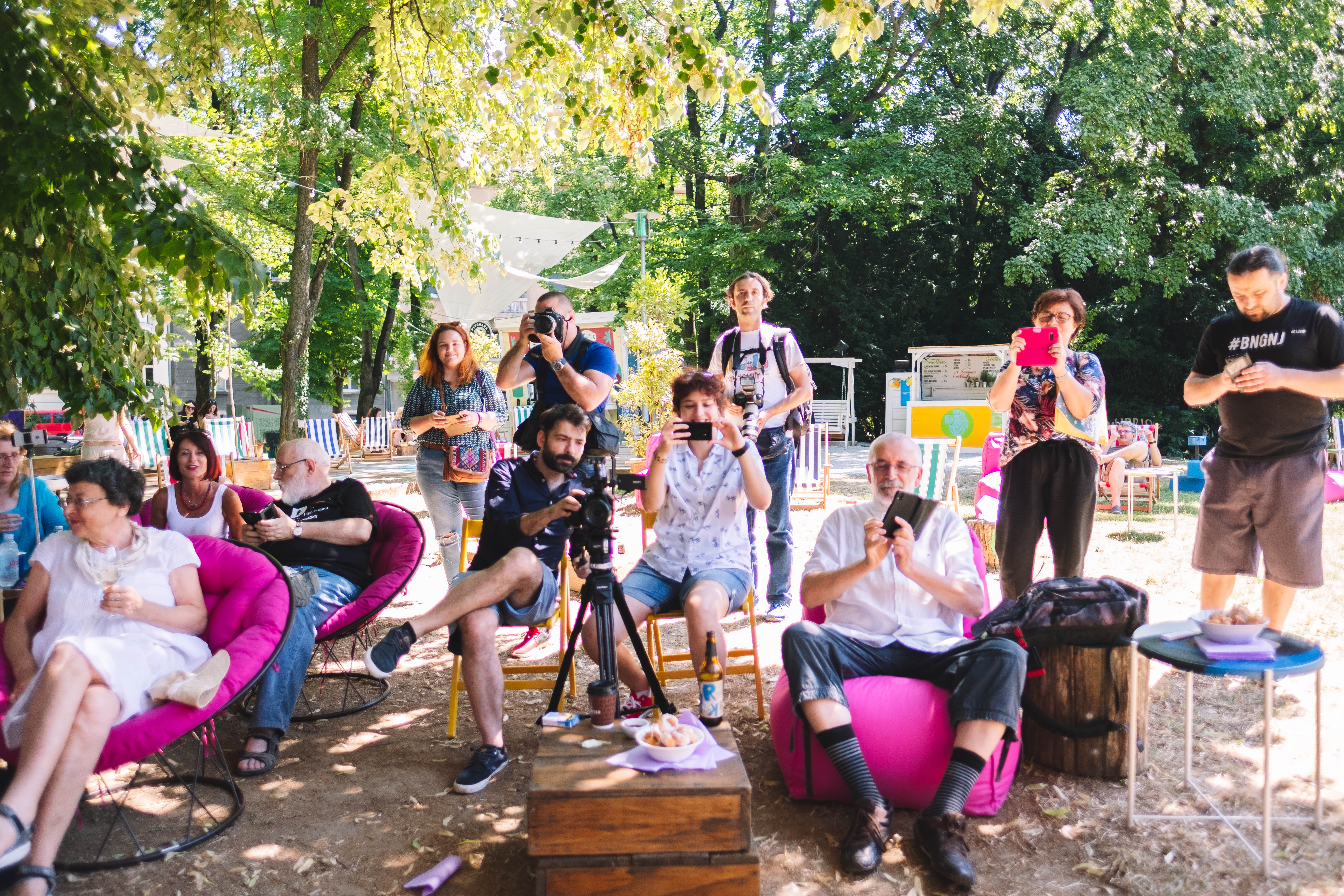 The films poking social wounds and those healing with music or good mood mark the extremes of the topics and emotional balance of the program of this year’s Motovun Film Festival, taking place from 23-27 July. While bravely tackling controversial topics, Motovun always tries to offer a brighter alternative, particularly in the program of its 22nd edition, presented at a picnic press conference in the casual atmosphere of Art Park in Zagreb.

“Twenty feature-length films and thirty short films are the main course of this year’s film feast. It took us twelve months and more than one thousand films to come up with the program we are presenting here”, said Motovun Film Festival director Igor Mirković.

“Our colleague Jurica Pavičić, the programmer, is not a man of big words, but he couldn’t help noticing while we were completing the program that we had not had such a strong selection of films for ten years at least. Indeed, the films we are screening this year are truly exceptional, fresh, moving, witty… and so Motovun-style in their celebration of freedom and diversity. I am happy we can show so many great comedies like Canadian A Brother’s Love and American Give Me Liberty, and numerous music films led by Vox Lux, a spectacle swarming with major Hollywood names, and Beats, a brilliant indie about the beginnings of the UK rave scene in the days when it was illegal. Of the films expected to stir controversies, I can single out here Polish Clergy, tough Russian The Factory, Slovak drama Let There Be Light and German immigrant comedy Oray – all addressing populism, corruption, radicalization or exploitation of cheap, often imported labor in the present-day Europe.

I also have to mention the strong presence of the films from the region and of female filmmakers in this year’s main program – the best example being Urša Menart, whose debutant feature film My Last Year as a Loser, an existentialist comedy, opens the festival. And finally, we are particularly happy to have in the main program as many as four films directed or produced by the people who took part in the creation of Motovun Film Festival: Andrej Korovljev’s punk-rockumentary Tusta will have its world premiere in Motovun; Dana Budisavljević will present her deeply moving historical attraction The Diary of Diana B. and producer Zdenka Gold brings, directly from Berlin, her latest films God Exists, Her Name Is Petrunya and Stitches, which attracted huge interest of international audience,” said Milena Zajović, a main program selector.

The strong regional program is part of our efforts to promote the Central European cinema. Brave films from Poland, Slovakia, Latvia and Macedonia challenge the spiritual regressions in their respective societies. “Our side program Poland in Focus presents the great Polish cinema by showing the works of its young filmmakers, whose first films that bravely address delicate and serious issues have achieved substantial acclaim. The second side program, Populism for Beginners, deals with the leaders and movements which, only yesterday, lingered on the political margins and are now tailoring Europe’s new landscape. We selected the documentaries telling stories from Hungary, Italy, Poland… stories we can easily relate to. The program will also include debates and performances,” said Igor Mirković.

Ever maintaining its high quality, Motovun Shorts program has a special role this year. The best European film in this category will have an opportunity to compete for the European Film Award, considered a “European Oscar” of a sort. “This year’s selection of Motovun shorts presents 30 films picked out from as many as 814 submissions. Their innovative narratives and their peculiar atmosphere thrilled us, made us laugh and made us think about them for a long time. Many came from the most prestigious festivals such as Locarno, Sundance, Clermont-Ferrand and Cannes. Five excellent films, including three Croatian ones, defend the honor of the region,” said Inja Korać, a Motovun Shorts programmer.

Every year, Motovun Film Festival honors important filmmakers. “A film can do without actors, without a director, without scriptwriters, without sound men and gaffers – but it can’t do without a camera. At the first festival edition in 1999, our guest of honor was the great director of photography Tomislav Pinter. He was the first laureate of our 50 Years Award. Ever since, we have – unintentionally – skipped these only film crew members that no film can do without. Until now. This year, we are honoring the living legend of film photography, Živko Zalar. We’ll be also paying our respects to Dušan Makavejev, another great filmmaker who was with us when we launched the festival,” said Igor Mirković.

Motovun Film Festival is also known by great parties – there will be no shortage of them once again. In addition to wine and food tasting, entertaining games and relaxed get-togethers, the audience will be able to enjoy a varied musical program. Younger audiences will be happy to learn that the headliners will include the ultra-popular Vojko V, ethereal Svemirko and the spirited ensemble JeboTon. The rock-loving audiences, on the other hand, we’ll be thrilled to enjoy the concert of the legendary Pankrti. This year we have a perfect blend of the music and film programs: the world premiere of the film about Tusta and KUD Idijoti will be accompanied by a concert of the band’s founder Sale Veruda and his new band Saša 21; the concert of Pankrti will be preceded by a documentary about the band; and the intimate garden concert of Vlado Kreslin, a legend of Slovenian folk rock, will be accompanied by a biopic about him,” said Milena Zajović.

The traditional friendship of Motovun Film Festival and Hrvatski Telekom has continued into this year. “In order to help the festival realize its full potentials, Hrvatski Telekom supports it financially and with its infrastructure, not just for the festival’s organizational purposes, but also for the visitors. Also traditionally, for HT users, we will once again enable watching selected feature-length and short films from this year’s program in MAXtv Video Store and on MAXtv To Go platform. The audience will be able to win attractive prizes by voting for the best film,” said Richard Brešković, director of marketing for private customers in Hrvatski Telekom.

The All for 15 sets of tickets can be booked until 7 July. One set includes 10 tickets for 10 different screenings by viewers’ choice. Each set costs HRK 150. All for 15 sets can be booked online using the system KupiUlaznice.hr. Also available via KupiUlaznice.hr are the ticket sets that include a bus trip from Zagreb to Motovun or just bus tickets from Zagreb to Motovun and back.