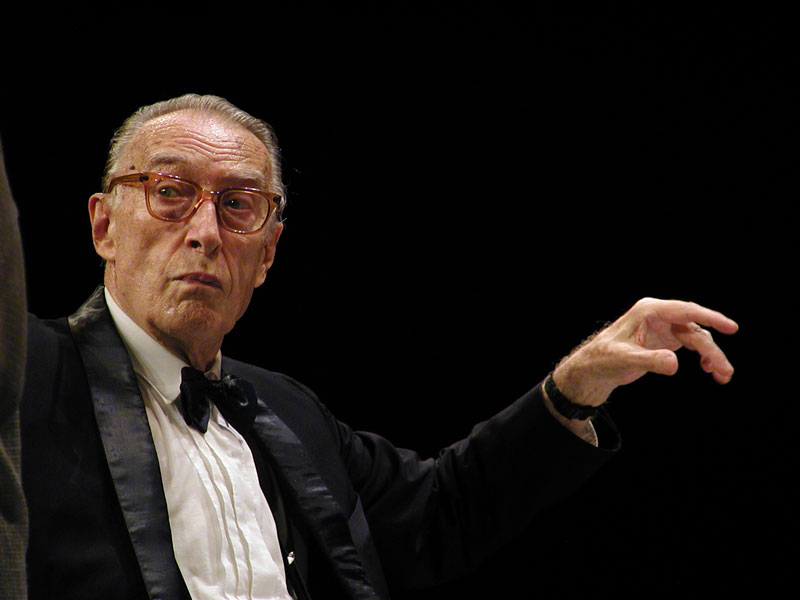 The awarding ceremony will take place on Thursday July 28, at Motovun Film Festival.

Miljenko Prohaska was born on September 17, 1925 in Zagreb. He studied violin in elementary music school, bass in high school, and he graduated in music theory and education at Music Academy in Zagreb in 1956.

Ever since then, he has given a lot to Croatian music, as an instrumentalist, a composer and arranager, as a conductor but also as the founder of numerous orchestras, educator and committed advocate of the profession.

For over 30 years he was chief conductor of the Dance Orchestra of Radio Zagreb (today's Big Band HRT), a member of Zagreb Jazz Quartet and Zagreb Jazz Quintet, associate of Art Farmer, John Lewis, Johnny Griffin, Ted Curson, jazz orchestras of Gerry Mulligan and Clark Terry, The War Stars Sextet and many others …

As a conductor and instrumentalist, he has performed in almost all European countries and in Canada and the United States. He has conducted five Eurovision contests (twice in London, twice in Dublin and in Madrid).

Among the peaks of his career we can definitely list conducting his own compositions at the 10th Jazz Festival in Monterey (California) in 1967 with Don Ellis Orchestra, accompanied by great jazz names such as – Dizzie Gilespie, John Lewis, Ray Brown, James Moody.

His compositions 'Intimacy ','Concerto no. 2 ', 'Concertino for jazz quartet and strings', and 'Dilemma' premiered in New York's Carnegie Hall in 1966, and then performed by Modern Jazz Quartet, USA Orchestra, Cincinnati Symphony Orchestra and the Paris Philharmonic Orchestra – have been around the world. His anthological "intimacy" is still the most performed Croatian jazz music in the world.

Additionally to all his work mentioned above, as well as teaching at the Music and Drama Academy, Miljenko Prohaska has composed music for radio and television drama, theater, cartoons and short films, ballets and choirs, he is the coauthor of the first Croatian rock opera Gubec-beg, and he also orchestrated the rock opera Grička vještica.

With its 50 Years Award Motovun Film Festival pays tribute to people who have dedicated more than half a century working on film – and with the name of maestro Prohaska it just sounds great.

The awarding ceremony will take place on Thursday, July 28 at Motovun Film Festival, and the festival audience will have a rare opportunity to see one of the films in which maestro Prohaska moved the borders of Croatian cinematography with his impressive sound – anthological 'šagrensku kožu ', by Vlado Kristl and Ivo Vrbanić.