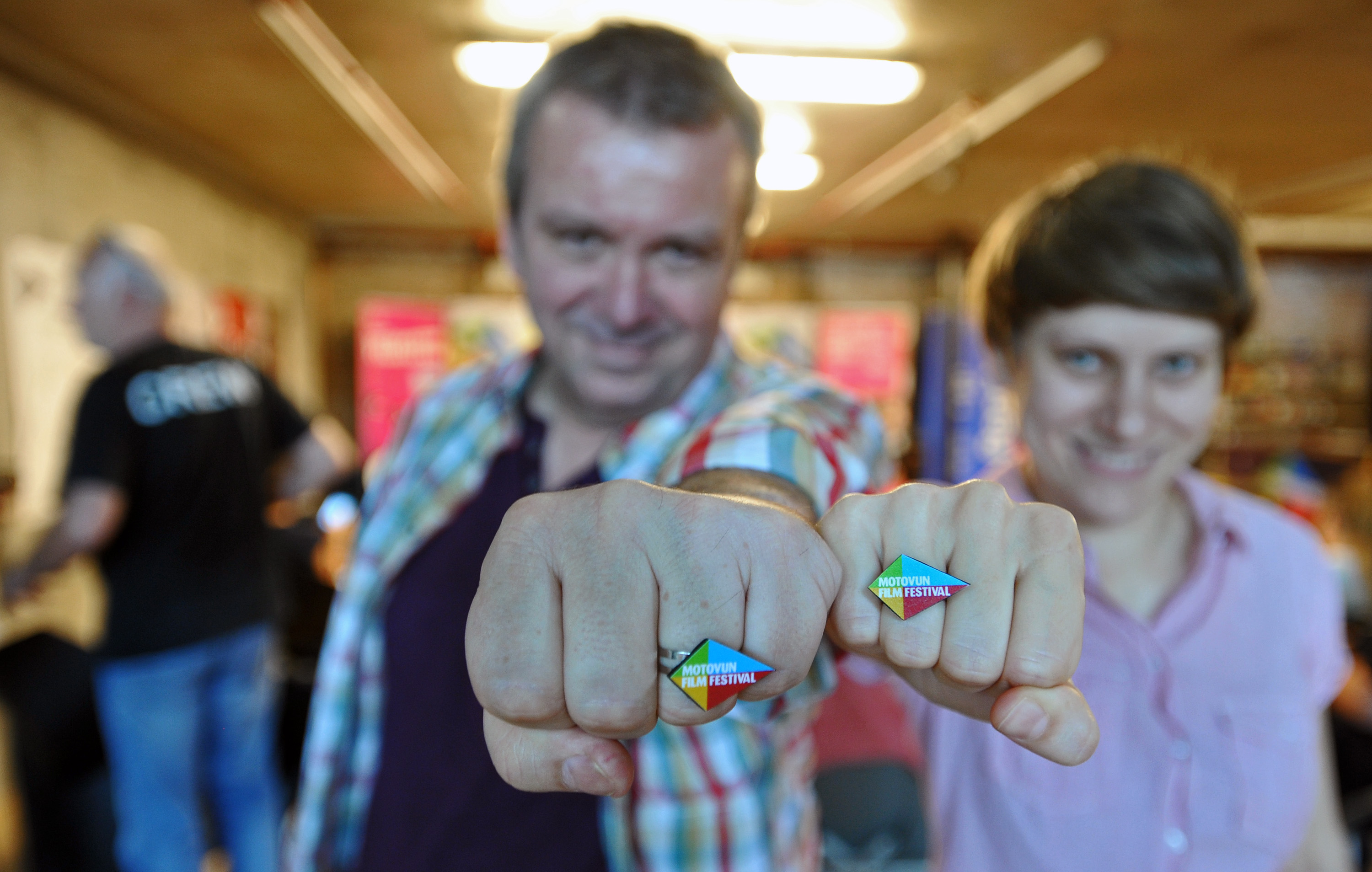 With its 18th edition taking place 277 meters above reality, from Saturday, 25 July to Wednesday, 29 July, Motovun Film Festival will come of age. At the Thursday, 2 July press conference in Lauba, this year's program was presented by festival director Igor Mirković, programmer Milena Zajović, programmer of Rendez-vous Festival of France in Croatia Alemka Lisinski, Tomislav Gugo from Danish embassy in Zagreb and Sanja Milinović from Hrvatski Telekom.

Scroll down to see list of films in the Main program…

In his keynote, Igor Mirković commented on the attractive side programs: Reporters always ask the same question: What part of the program would you single out here? And I never know what to say to them because we truly believe that everything we have prepared is good and worthy of attention. However, if you insist on some highlights, these could be our excellent side programs: you can count on a great line-up of French films as part of Rendez-vous – The Festival of France in Croatia. With the Danish program "Twenty Years of Dogme 95" we will revisit the cinematic movement that left a strong mark in the early years of our festival. As the festival is not just a mere summer pastime, but also reflects the concerns about the world we live in, we have prepared the God, Help Us program – a series of documentaries on extremisms in all religions. And for the first time ever, TV series will find their way to the festival big screens, being the most vital aspect of film industry in the past years. With the help of some exemplary series, we will try to find out how top European TV series are created.

Milena Zajović then presented the main program of the 18th Motovun Film Festival: Once again we are happy to have a wide variety of films in our main program – ranging from those with sound references to some little surprises that, we hope, could soon turn into big ones. The last such example was Pawel Pawlikovski's Ida: screened last year in Motovun as a relatively unknown film, it has gained international acclaim in the meantime, winning numerous awards, including the Oscar for Best Film in Foreign Language. An opportunity to show to our audiences a still unknown film we believe they will love is what makes us particularly glad. Naturally, this does not mean we won't be showing successful films from big international festivals – the ones that, in some parallel universe, would have good viewer ratings even in Croatian multiplexes, thus making their screening in Motovun unnecessary.

The line-up of the main program of this year's Motovun Film Festival includes numerous laureates from prestigious international festivals, led by The Lobster, the winner of Jury Prize in Cannes 2015. This twisted black-humor romance by Yorgos Lanthimos, the originator of Greek New Wave and the author of the iconic Dogtooth, boasts stars like Colin Farrell, Rachel Weisz, John C. Reilly and Lea Seydoux. Another ace card of the main program is Croatia's own The High Sun by Dalibor Matanić, crowned with international stardom after winning a jury award in Un Certain Regard program of Cannes Film Festival.

The Postman's White Nights, the winner of a Silver Lion in Venice, is the latest film by Andrei Konchalovsky, a great Russian film and stage director. Having started his career as a co-writer of Tarkovsky's Andrei Rublev, he went on to make a series of films considered masterpieces (The First Teacher, 1964; Asya Klyachina's Story, 1967). After his Hollywood phase (Tango And Cash), he returned to Russia to make strong auteur films such as this one in our program, with a slow rhythm and meditative visuals.

Directly from Spain comes the San Sebastian Film Festival Golden Shell winner Magical Girl by Carlos Vermut, a thriller with elements of horror, partly inspired by popular anime series. Dagur Kari, the Iceland-based filmmaker whose debutant film Noi Albinoi was shown and awarded on our Film Hill in 2003, is coming back with a twisted drama-comedy Virgin Mountain, a film about a clumsy, gentle giant whose life changes drastically after he falls in love. This film, Kari's fourth, was one of major surprises of Tribeca festival, where it won as many as three awards – for Best Narrative Film, Best Script and Best Actor.

Milena Zajović also commented on the fact that the festival is coming of age this year – the fact that is reflected on its main program: The visitors can expect a handful of little tricks and jokes about coming of age, and the good and bad things of growing up will permeate the entire program. As three powerful films dealing with coming of age, I can mention here the eccentric British film Falling, Irish comedy You're Ugly Too and the anxiety-loaded Bridgend from Denmark. Interestingly, the actors from all three films also have the lead roles in the TV series Game Of Thrones: Maisie Williams, Aidan Gillen and Hannah Murray.

Partner Country, the festival's most popular side program, takes us to France this year. As part of Rendez-vous – Festival of France in Croatia, a wide variety of French films and some accompanying attractions will be coming to Motovun. The main program will include at French films such as:Jacky In The Kingdom Of Women by the French comic strip author and satirist and former Charlie Hebdo contributor Riad Sattouf and tv-seriesP'tit Quinquin by Bruno Dumont. The main retrospective program called The Brutal French features a selection of films by the authors considered members of what was called the "new French extremism" at the turn of the century. The line-up includes some early works of some of the greatest filmmakers of today, such as Leos Carax, François Ozon and Claire Denis.

Besides the above mentioned The Brutal French and 20 Years of Dogme (a selection of the films made as part of the iconic Danish cinematic movement), the side program of the 18th Motovun Film Festival will also include a program of attractive documentaries on religious extremism, God, Help Us – to be announced in the weeks to come.

All those who set out on a cinematic pilgrimage 277 meters above reality will not be deprived of entertainment because the festival has prepared a varied program marking its 18th birthday. During the five days of the festivals, all the visitors will have the privilege to live by the motto "watch what I please, do what I please". In the Motovun Wedding Night, everybody will be able to marry anyone else, and all those above the age of 18 will have a chance to get an original Motovun souvenir on their skin. Numerous bands led by Repetitor (Belgrade), ABOP (Zagreb) and Joke (Paris) will take care of the unforgettable auditory stimuli.

Hrvatski Telekom will once again support Motovun Film Festival, as well as in the telecommunication services it will provide.

LIST OF FILMS IN THE MAIN PROGRAM / JULY 2 / (UPDATES POSSIBLE!) 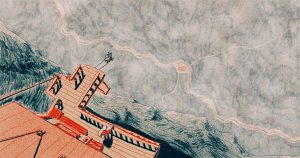 “This animated film left us speechless and with tears in our eyes,” say jury members. The winner of the Motovun Shorts program of Motovun Film 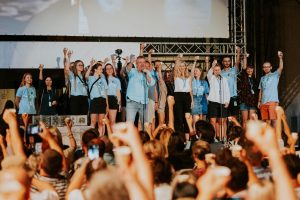 Propeller of Motovun goes to War Pony by Riley Keough and Gina Gammell •  In 5 days of the festival, 131 films, dozens of volunteers 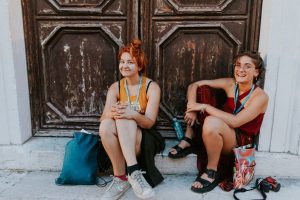 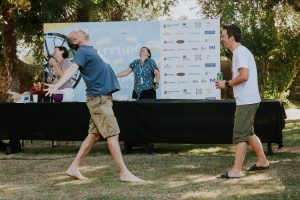 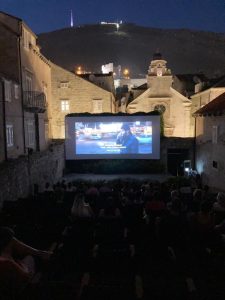 Twelve must-see Motovun Film Festival movies in Dubrovnik open-air venues from 30 July to 3 August. As of Saturday, 30 July, the Dubrovnik audience will