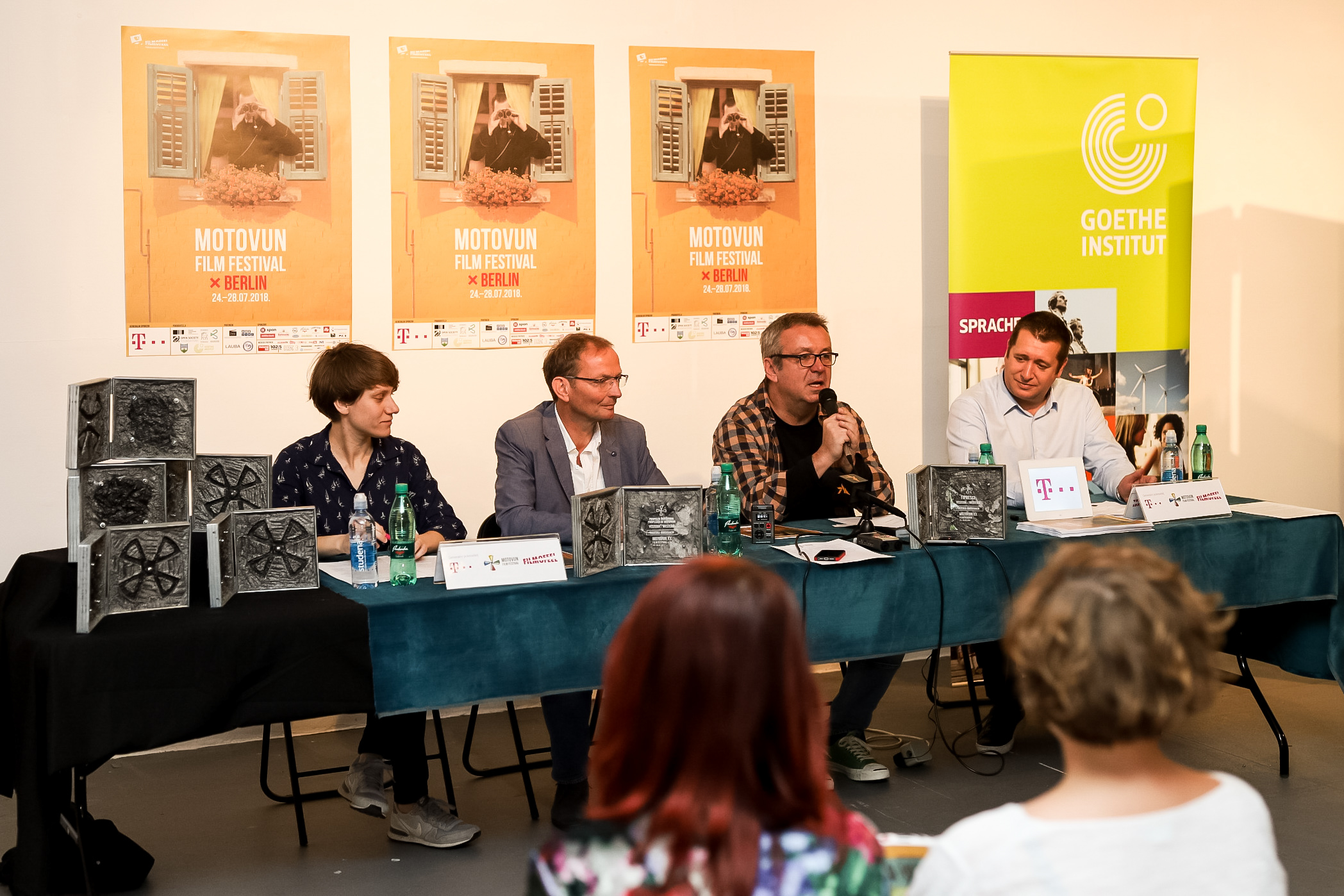 A petty criminal from Sweden, Danish “gold digger”, British journalist and an ISIL fighter, Russian rockers and a Columbian hit man – they all belong to the whole panoply of characters you will meet on Motovun’s screens: in exactly three weeks, Motovun Film Festival’s projectors will be started and yet another trip around the world in more than 100 films and 65 screenings will begin.

“It will be a year of great guests: Ruben Östlund, one of the most acclaimed European filmmakers today, is coming from Sweden. Months ago, his film Square received an Oscar nomination, after having won a Golden Palm. As for the lineup of the national greats, our guests of honor will be Mustafa Nadarević and Rade šerbedžija. Directors from Denmark, Germany, Montenegro, Sweden, Poland, Great Britain and Switzerland will accompany their films. We are particularly looking forward to enjoying the Berlin – Partner City program; numerous exceptional talents, filmmakers and visual artists and three excellent DJs from this city will bring the spirit of Berlin clubs to the Motovun nights,” said Motovun Film Festival director Igor Mirković during the presentation of the Festival’s 21st edition in Zagreb’s Gliptoteka. The festival will be taking place from 24-28 July.

After a quest that took them a whole year, our main programmers, Jurica Pavičić and Milka Zajović, came up with the nineteen films which are to be shown in the MFF’s competition program this year – the films with a soul and energy, intriguing films that leave no one indifferent, the films that offer new cinematic perspectives. Selector Zajović announced them:

“Once again we have films by great authors such as the American filmmaker Debra Granik (Leave No Trace) and Turkish director Nuri Bilge Ceylan (The Wild Pear Tree) and the latest film by Kirill Serebrennikov (Summer), a sharp critic of Putin’s regime who has been under house arrest for some time. We should also single out here the film Hannah by Andrea Pallaoro, with brilliant Charlotte Rampling, awarded in Cannes, and Holyday by Isabelle Eklöf, which kicked up dust after it had premiered at Sundance, due to explicit scenes of sexual violence. But it is equally important for us to find films that practically no one has ever heard of, but we believe could become major festival hits. This year, it is the feature debut Panic Attack by Polish director PaweĂ…â€š MaĂ…â€şlona, a tragicomedy following the dramatic moments in the lives of a few unfortunates; we decided it deserved to feature prominently in our program.

We are proud for having as many as three Croatian feature-length films this year. Nebojša Slijepčević’s documentary Srbenka, following the preparations for Oliver Frljić’s stage play Aleksandra Zec, already won the prestigious award Doc Alliance. Its Motovun screening will be its Croatian premiere. Another film dealing with taboo topics is Chris the Swiss by Swiss director Anja Kofmel, trying to cast some light on the never investigated death of her cousin in Slavonia in the Croatian war of the 1990s. It premiered in the Critics’ Week program at Cannes. To leave the ghosts of the past for a while, we recommend Aleksi, the Mediterranean-colored debutant film by Barbara Vekarić, with Tihana Lazović in the leading role. In it, we get to know a girl who has everything – a big house, wealthy parents and wine business, but still does not know who she is and what does she want.

As a special curiosity, we have one of the first films taking place on a computer screen only. Timur Bekmambetov’s film Profile is a story about a London journalist who open a fake Facebook profile in order to find out how ISIL lures young European girls to come to Syria and become jihadists’ brides. The film won the audience award in Panorama program at Berlinale. I must also mention here the Croatian premiere of the musical documentary about the famous and controversial British rap musician of Sri Lankan roots, Matangi / Maya / M.I.A., showing us how M.I.A. uses her music for propagating her political ideas, although it backfires on her by labeling her as an outsider,” said Zajović.

“They always ask us, ‘what country is this year’s partner country?’ Well, it is not a country now, it is a city. The city of Berlin. We will host some 20 films and artists from a dozen countries, illustrating the Berlin of today, a multicultural magnet that attracts artists from all over the world, including many from Croatia. In addition to the people and films, the ambitious exhibition Walls & Bridges will also present the city through the works created in Berlin by 13 artists from Croatia and the neighboring countries,” said Igor Mirković about the Berlin program, organized by the MFF in cooperation with Goethe-Institut Kroatien in Zagreb.

“The Walls & Bridges exhibition presents the intensive dialogue of Croatian and Berlin art scenes. The city has been the German artists’ hub for some time. First in Motovun and then in Zagreb, the exhibition will present various Berlin experiences of Croatian artists, while trying to find out how representative they are, both on Croatian and on international levels,” said Matthias Müller-Wieferig, director of Goethe-Institut Kroatien, the co-organizer of the MFF Berlin program.

For all other details concerning the screening schedule, tickets and transport, visit the official web page of the 21st MFF.