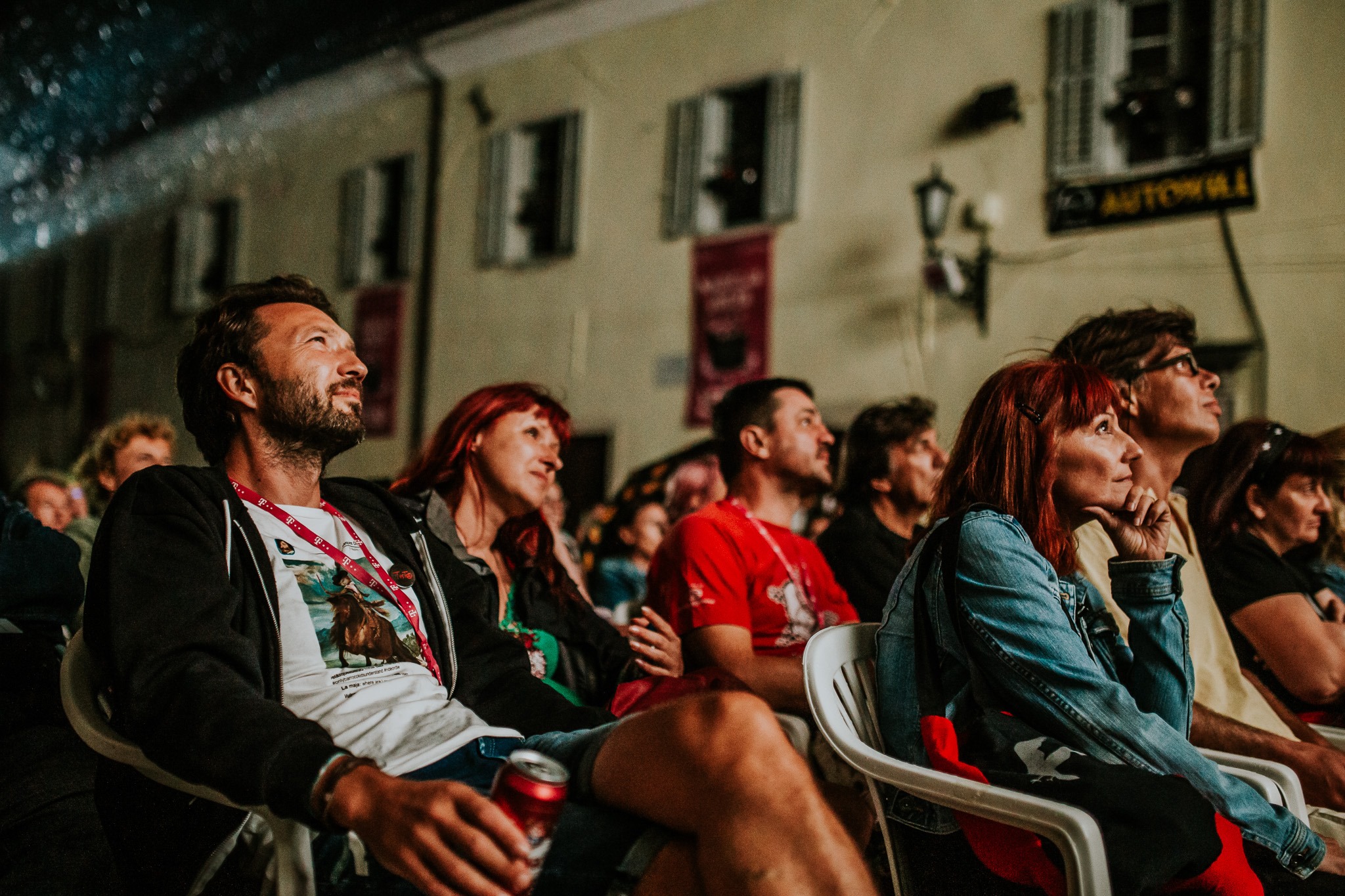 Those seeking to experience the usual magic of film in Motovun will have but one chance: this year’s traveling edition of the festival starts at the festival’s cradle – Cinema Trg in Motovun – on Thursday, 30 July at 9 p.m., when the latest Croatian film, Tereza37 by Danilo Šerbedžija, will have its preview screening. This very personal and yet generational story, immersed in the familiar ambiance of modern Split, was written by the acclaimed actress Lana Barić, who also appears in the lead role. Lana and the rest of the film crew will attend the Motovun screening.

As the number of seats in the cinema has been substantially reduced due to the pandemic-related restrictions and precautions, you are advised to book your tickets in advance. After this screening, Motovun Film Festival goes on its forty-day tour through Istria and then the rest of Croatia, with Zagreb as its final stop, where the entire high-quality program will be shown between 27 August and 6 September and where the awards will be presented.

The Istrian tour continues in Vrsar from 1-2 August. The first night is reserved for Heroic Losers, a gloomy, uproarious, and breath-taking heist film with a twist. It is also an exciting story about workers’ solidarity and a collective vendetta. Rocks, a colorful story about a group of teenage girls and the challenges of growing up in London, is scheduled for the second night. On 3 August, the big screen moves to Grožnjan, where the Serbian box-office hit Ajvar will be shown.

The same day, Working Girls screens in Poreč. It is a film about French women crossing Belgian border every day to work in a brothel there. A week later, on 10 August, the Poreč audience will have an opportunity to see Heroic Losers. The last year’s big Macedonian hit God Exists, Her Name Is Petrunya will be shown in Rovinj on 3 August, while True History of the Kelly Gang, a fascinating historical spectacle about a young outlaw and one of Australia’s greatest legends with George MacKay, Russell Crowe and Charlie Hunnam exceling in in the lead roles will be shown there the next day.

Sweet Thing, a film by iconic indie filmmaker Alexandre Rockwell, plays in Vodnjan on 4 August. This story about three kids who run away from home to live a life of outcasts won a Crystal Bear at Berlinale. On 5 August, Bale hosts the screening of Rounds, awarded in Sarajevo. Using a pinch of black humor, this film about three police patrols on Sofia’s streets reveals the paradoxes of a society in transition. The audience in Svetvinčenat will also be able to see two films. True History of the Kelly Gang screens on 6 August, while the following night is reserved for Selfie, a witty French film about the modern society consumed with digital madness.

All My Crazy Love is a treat to be shown in Kaštelir on 8 August. This latest film by the Oscar-winning filmmaker Gabriele Salvatores was shot on Croatia’s Adriatic coast. The director of the iconic Mediterraneo tells us a true story about an autistic boy and his father who went on a three-month road trip on a motor bike. A great film will also be shown in Tinjan on 9 August. Scumbag is a political thriller about the real murder of a Slovak journalist and his girlfriend that caused the collapse of the government.

All the screenings begin at 9 p.m. and admission to all except the ones in Poreč and Rovinj is free. Screenings in Buje and Buzet will take place on 17th and 18th of August.

The audiences are reminded to abide by the pandemic- related restrictions and precautionary measures.