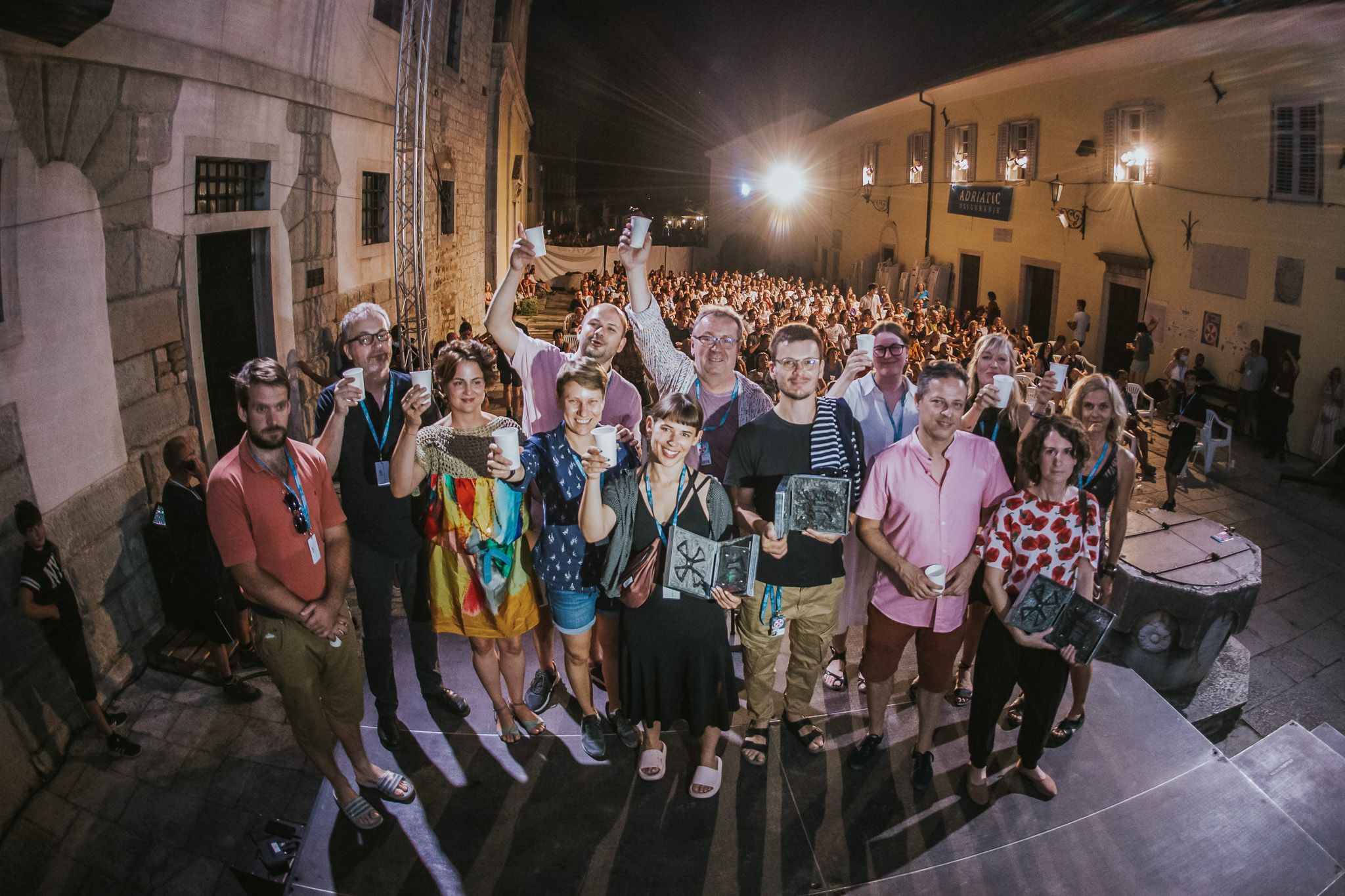 Propeller of Motovun goes to Swedish Pleasure • In five festival days, thousands of people enjoyed 106 films and numerous concerts and side programs

The packed audience in Motovun square gave a warm send-off to yet another Motovun Fulm Festival. Accompanied with the music of Alfi Kabiljo, this year’s laureate of 50 Years award and with the traditional glasses of Istrian schnapps, the audience toasted to the next year’s edition of the festival. Despite the pandemic, thousands of people visited numerous festival events in the past five days.

The winner is Pleasure, a film by Swedish director Ninja Thyberg. This film that unveils what lies behind the US porn industry impressed the jury so much that they gave it the main award. The jury consisted of filmmakers Andrea Štaka, Bojan Vuletić and Jure Pavlović. In the jury’s opinion, “the award goes to the film that contests stereotypes with its courage and sincerity, while depicting a protagonist who chooses her own way. Not encumbered with moral reflections and illusions, the film tells us about a young woman’s desire to achieve success and make her dreams come true in a politically correct society.“

“I am grateful to the jury, organizers and audience for this beautiful festival. This town looks like a fairy-tale place. It was the first time I watched my film together with the audience and heard their reaction. It was a wonderful experience,” Ninja Thyberg at Propeller of Motovun award-winning ceremony.

The FIPRESCI jury gave the award to Srđan Kovačević’s documentary film Factory to the Workers. The director spent six years following the workers of ITAS factory in Ivanec, Croatia, who occupied their factory in 2005 and have managed it since. The film focuses on the workers’ dilemma if they should keep resisting to capitalism or persist in this single example of workers’ self-management in Eastern Europe. The jury explained their decisions with these words: “Factory to the Workers is a masterfully and carefully shot documentary film that turns workers into characters in a capitalism drama – a drama about our past, our presence and our future.”

“This is a great anniversary for me because it’s been 20 years since my first visit to Motovun Film Festival. I am grateful to all ITAS workers for making this film possible,” said director Srđan Kovačević at the award-winning ceremony.

In five days of the festival, 106 were shown, with many concerts and side events dedicated to this year’s main topic of the festival – tourism. In addition to the awarded films, one of the festival’s climaxes was the screening of legendary Spike Lee’s film David Byrne’s American Utopia. The thrilled audience gave a big hand and ovations to this film version of the Broadway production of the same title by the former Talking Heads front man. Two screenings of the Oscar-winning Father by Florian Zeller, with great Anthony Hopkins in the lead role, were also among the festival’s highlights.

The audiences were also entertained by the screening of A Hundred Years of Laughter program that included four anthology comedies of one of the greatest comedians of all time, Buster Keaton. As an additional attraction, Porto Morto band accompanied the screening with the original music that they had written for it. The band also had the festival’s closing concert on the last night.

To the great satisfaction of the organizers, the festival was successful despite all the pandemic-related conditions and measures and there was a very high turnout. Although the theater capacities were reduced as a safety measure, most of the night screenings were sold out and the indestructible relaxed atmosphere once again reigned the streets of Motovun.