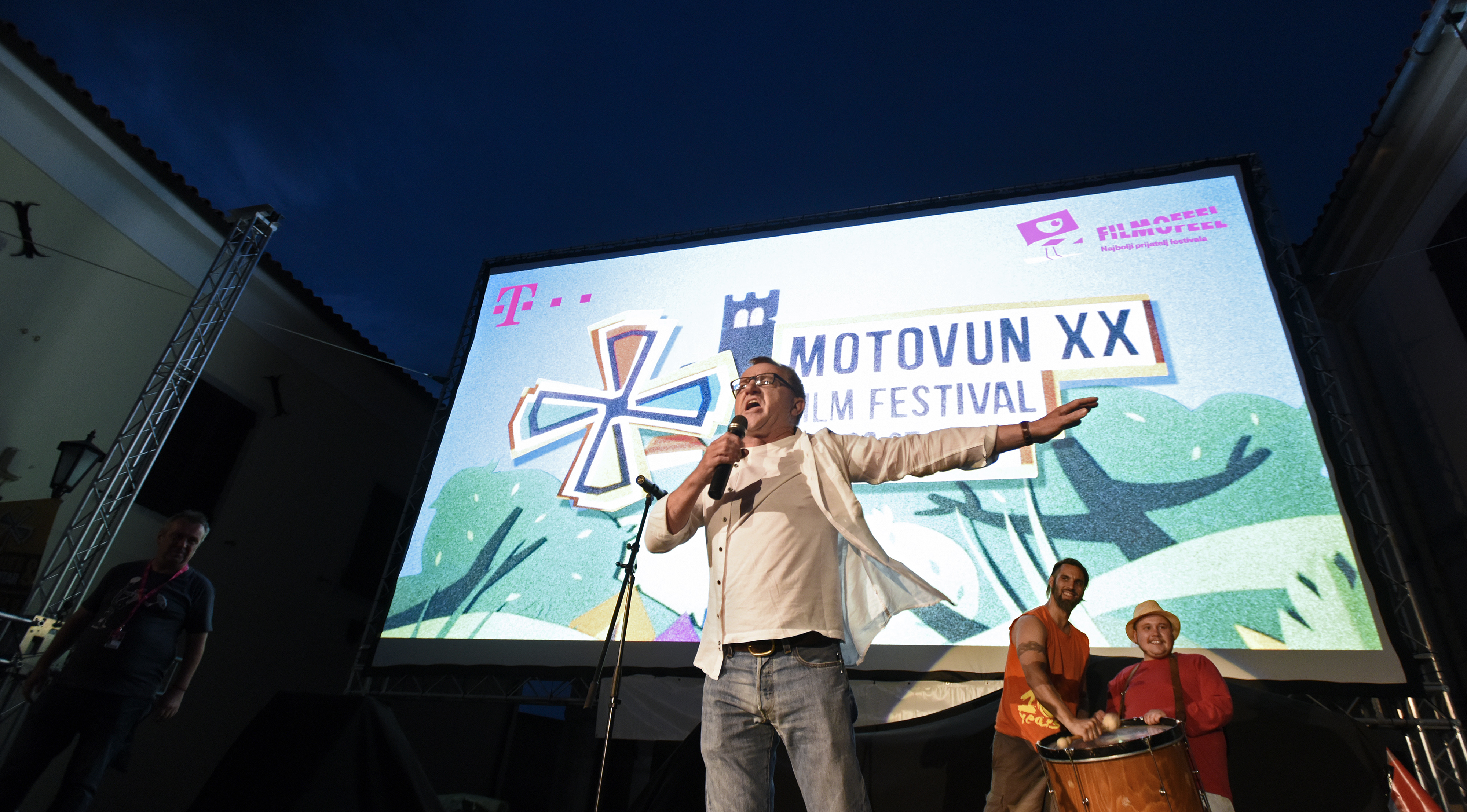 With a thundering Viking applause, the Motovun audience greeted the guests from Iceland.

With a thundering Viking applause, the Motovun audience greeted the guests from Iceland – our partner country, and opened the jubilee 20th edition of Motovun Film Festival. The screening of the Argentine black comedy The Distinguished Citizen marked the beginning of the five-day celebration of films on Film Hill. Numerous film, musical, educational and entertaining programs will be taking place until 29 July.

The mighty Viking battle cry chased away the clouds over Film Hill and summoned our Icelandic guests to the opening of the 20th Motovun Film Festival. The traditional thunder applause is a popular way of football cheering, when football fans clap their hands high above their heads and shout hoo at the same time. This is exactly how the Motovun audience greeted film directors Friðrik Þór Friðriksson, Rúnar Rúnarsson, producer and jury member Anna María Karlsdóttir and producer Grimar Jonsson who, stimulated by the cheering, packed their luggage on the big screen and set out from Reykjavik to Motovun.

The Icelandic hoo cry was accompanied by a big drum that, marking the festival APOSTROFs 20th anniversary and the longtime cooperation with the town and its people, was beaten hard by Motovun Mayor Tomislav Pahovic and Istrian Prefect Valter Flego. The whole show was coordinated by Mike Downey, the selector of the partner-country Iceland (Icetrand) program, who reminded the audience that the MFF anniversary coincided with the 48th Woodstock anniversary and wished them to have as much fun as the Woodstock goers had in 1969.

Motovun Film Festival was thus once again opened with a spectacle, celebrating the definitive end of its teenage years. The opening screening was the one of The Distinguished Citizen, one of the highest-grossing Argentine films in the last year. It is a comedy about art, fame and small-town envy.

In the four days to come, the town 277m above sea level will once again become a center of independent films and great fun. The long-awaited world premiere of Miroslav Sikavica's documentary film about the patriotic songs from the Croatian Homeland War takes place on Wednesday. As these songs were sometimes louder than guns, tanks and bombs, the film is titled accordingly – Louder than Guns. The then popular performers and witnesses will be talking about those days after more than twenty years. The film includes interviews with Josipa Lisac, Zrinko Tutić, Jasenko Houra, Vera Svoboda and many others. Tomorrow you can also find out what an amazing impact has the teeenage star Justin Bieber left on its die-hard fans in the Balkans. The screening of Belieberi will be attended by its author Tea Lukac and protagonist Boris Mitrovic. The Icelandic film Heartstone (by Guðmundur A. Guðmundsson) will give us a hint why has the Icelandic cinema been thriving int he past decade.

The time between numerous films can be spent in the tranquility of the festival garden, where many free attractive programs will be taking place. You can rent a guest in our Human Video Store and ask them whatever you like. On Saturday, you will also have a chance to talk to the controversial theatrical director Oliver Frljic and listen to Ten Stories of ten people from various countries, from Turkey to Russia, whose freedom of artistic expression has come under the scrutiny of the authorities.

Having reached twenty, Motovun Film Festival may be a grownup now, but it still fit – creative, witty and dedicated to high-quality films. Come and check it out for yourselves – on Film Hill until 29 July.