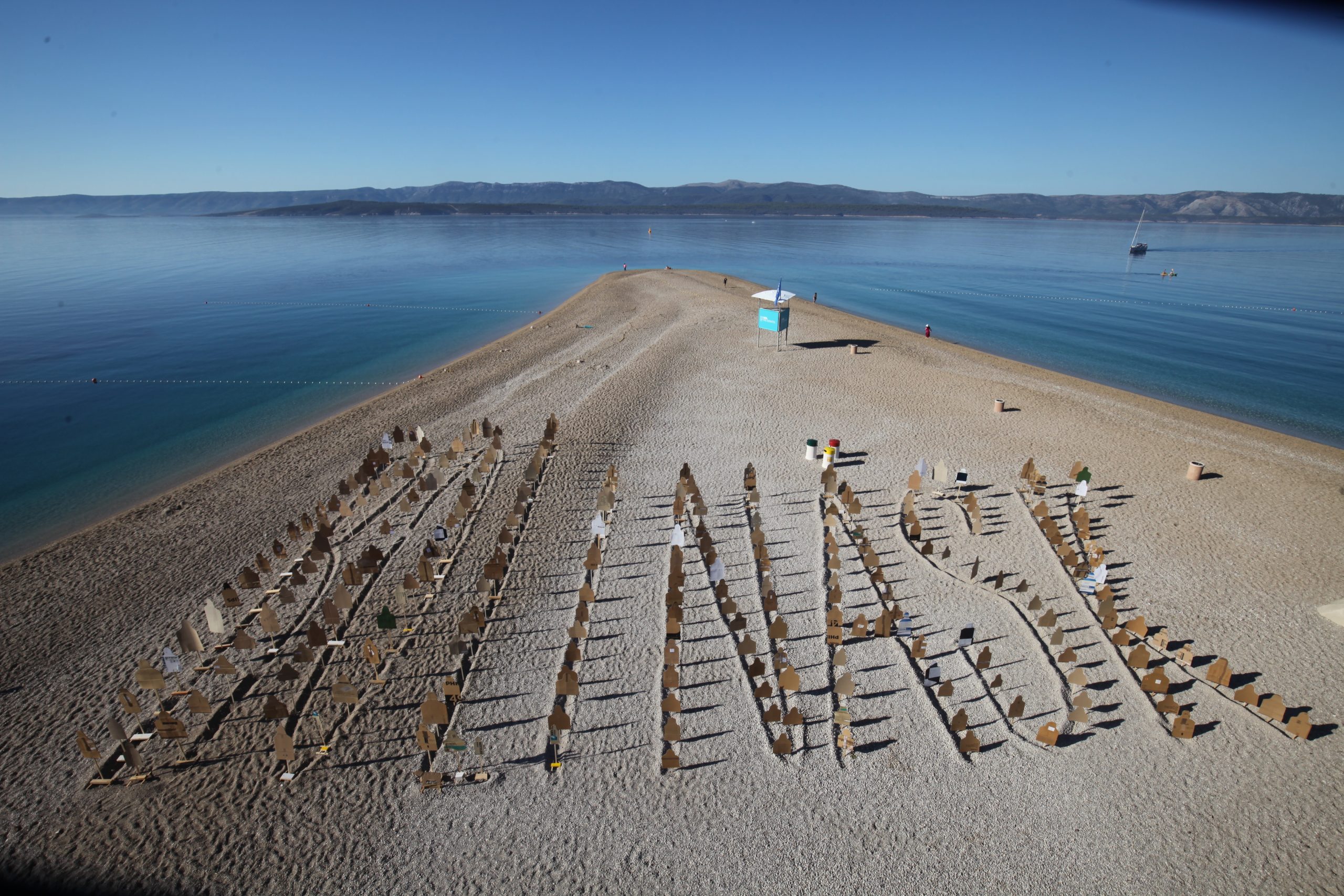 This year’s side events (artistic actions and films) to be integrated into ALL INCLUSIVE program, tackling the impact of mass tourism on our lives

How do locals in our tourist places perceive life with tourism? For example, in the town of Bol on the island of Brač – a tourist gold mine of Croatian Adriatic. What kind of a film would local waiters, pizza makers, tourist guides and room, deck chair and boat renters make about it? Here’s your answer: Chichi-Bichi, Bol Tourism in the Time of Corona. The film was made this time last year, when tourist facilities and destinations were empty. In the absence of real tourists, the folks in Bol made cardboard ones and used them in their feature film that Motovun Film Festival now proudly presents. The unusual artistic project was initiated by conceptual artist Ivica Jakšić Čokrić Puko, a self-declared activist against tourism, democracy and Coca-Cola and the initiator and author of many other original projects in Bol. He wrote this film in which real people cater and care for cardboard tourists who come to their town.

“I spent all my artistic career dealing with tourism – more specifically, fighting tourism. Still, I’m not happy I’ve finally won, because my friends and neighbors are having a hard time now,” says Jakšić Puko. As for his idea about the cardboard tourists, he explains: “Rumor had it that cardboard spectators were going to be placed on football stadiums so that the stands wouldn’t look so deserted. So I beat them to it. And made 186 cardboard people, which was quite demanding. The locals always complain that tourists are not great spenders as it is; these cardboard ones spend even less, but you can fill your apartment with them and thus have a great occupancy rate for the season.” As we said earlier, the premiere of this peculiar film is not the only contribution to the common thread of our side programs – tourism. Everything will be adapted to suit high-quality tourist services: our theaters and other festival locations will be renamed accordingly: Cinema Bauer will become Wellness Bauer Babylon and Cinema Mak will be Istrian Ethno Boutique Cinema Mak… Even most of the festival’s main program will be dedicated to mass tourism and how it affects people and places. Our ALL INCLUSIVE program is a buffet table of varied feature and documentary delicacies, long and short, picked out from a large variety of films dealing with this topic. Clearly, mass tourism industry has inspired many filmmakers in the past years.

There will be premieres, too. One of the main program’s attractions, Assandira by Salvatore Mereu, tells us about a Sardinian farmer whose landed property is about to be transformed into a fancy agritourist farm. Standing out in the retrospective program is the anthological film Paradise: Love by Motovun Maverick laureate Ulrich Seidl, about African sex tourism. As for the documentaries, we can single out here the ones about tourist and cruiser invasions on Venice and Lisbon, as well as the cheerful Journey to the West that follows a busload of Chinese tourists who, on their first trip to Europe, plan to visit six countries in ten days. Croatian films will not be in short supply either – a number of short documentaries, including the awarded They Just Come and Go by Boris Poljak and Tourism! by Tonći Gačina.

“Such a program is much needed in a country so highly dependent on tourism,” commented festival director Igor Mirković. “Mass tourism changes people and transforms places: locals vacate their houses to accommodate tourists, thus turning beautiful cities into ‘gift shops’; false traditions are being invented just to attract tourists from all over the world who want to snap shots of themselves at local sunset. The money is falling like manna from heaven, but what remains? A land of wealth or a wasteland? These are the questions addressed by our varied film program and numerous performances.”

Motovun Film Festival will be taking place from 27 to 31 July. There will be some restrictions, though: the information about applicable anti-Covid-19 measures can be found at this link: https://motovunfilmfestival.com/projekcije-u-zatvorenom-i-koncerti-samo-uz-covid-potvrde. As the theater capacities will be reduced due to these measures, booking tickets in advance is the best way of securing your theater seat.

Complete program and film schedules can be found at motovunfilmfestival.com. Tickets for festival screenings can be booked online at the following link:  https://www.mojekarte.hr/hr/organizer/255/motovun-film-festival.html