MOTOVUN FILM FESTIVAL IS BACK IN FULL SPLENDOR, WITH LOTS OF GREAT FILMS 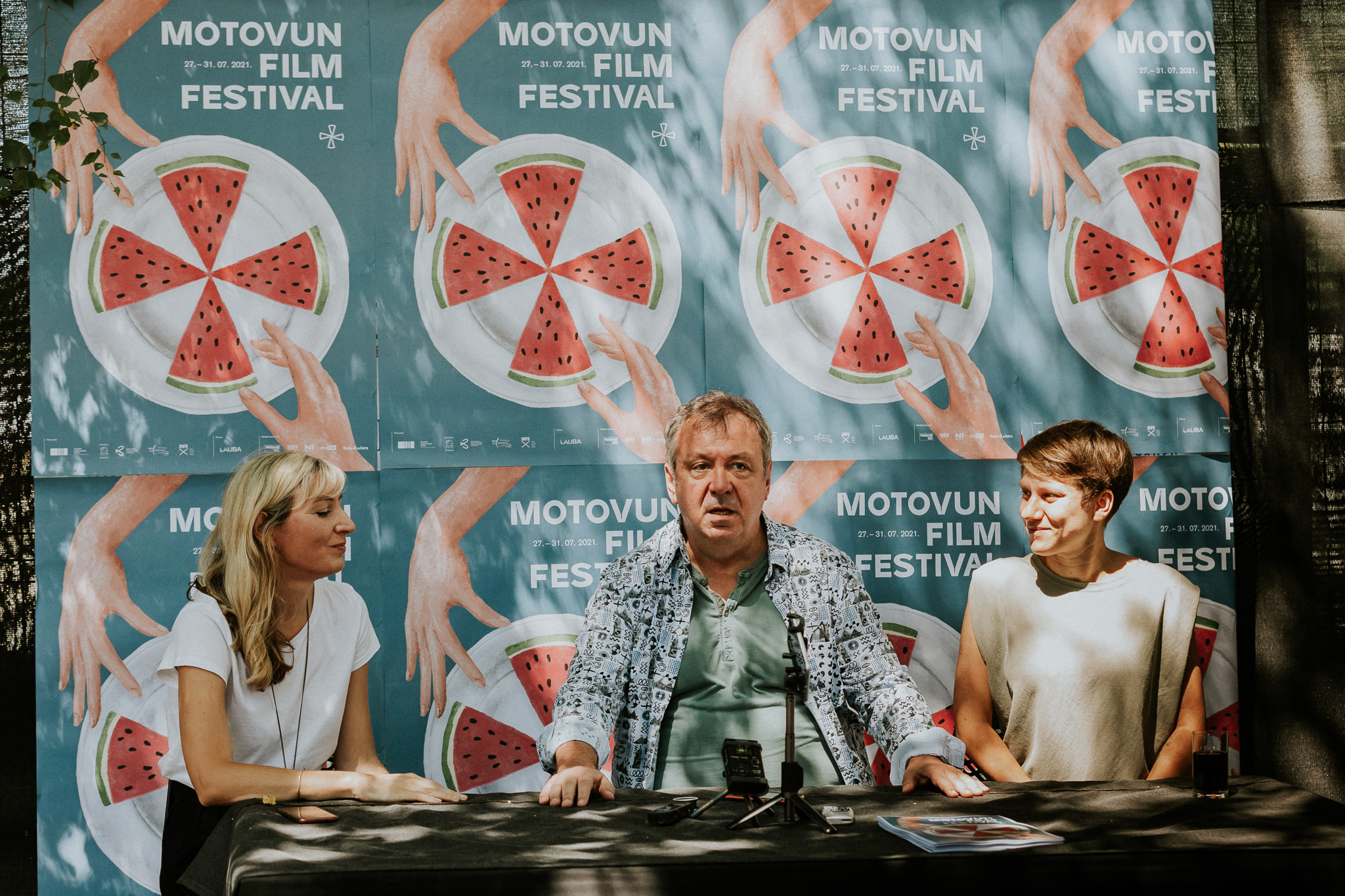 Numerous films and music and other events awaiting you in five festival days, 27-31 July • Despite the demanding times, we have come up with a great program, says festival team at Lauba press conference

After a truly challenging year and a half, Motovun Film Festival wants to contribute to gradual return to the “normal” life by returning to its Film Hill in full splendor. The five festival days, 27-31 July, will be marked by “business as usual” again: many films and side events spiced up with the widely known relaxed atmosphere will reign in Motovun once again.

“We are happy to have yet another program that speaks many languages and offers many poetics and esthetics, because mishmash is our concept. There will be documentaries and animated films, films from various countries and TV series. But there is one common thread in this symphony of diversity: the cinematography of our Italian neighbors had a great year, so we happen to have several films from Italy – feature-length, shorts, children’s films… On top of it all, an Italian documentary will open the festival,” said festival director Igor Mirković at the festival program presentation in Zagreb’s Lauba Hall.

The opening film, The Truffle Hunters, premiered at Sundance. It is focused on a group of humble eccentrics from Piedmont searching for the precious tubers, who keep their own private world away from the world’s greed. The film screens on the “Truffle Day”, organized by the festival in cooperation with Istrian Truffle Hunters’ Association. The remaining films from the Italian program include three great films awarded at Venice Film Festival – Assandira, The Predators and Padrenostro.

The best known film in the program is The Father by Florian Zeller, that won Oscars for Best Script and Best Actor (Anthony Hopkins for his brilliant role). Another jewel comes from Berlin Film Festival. Japanese omnibus Wheel of Fortune and Fantasy, with a Silver Bear (Jury’s choice) under its belt, follows three women in love on their way to self-revelation.

“Making a festival in a year when almost all premieres were cancelled due to the pandemic was a very demanding job, but we can proudly say we’ve managed to come up with great program. I am particularly happy that we found some great comedies, like The Predators, The Living Man and Rare Beasts, the controversial Pleasure dealing with porn industry, as well as emotional family films like the Israeli film Here We Are. If you choose to sail to our Film Hill this year, you are guaranteed not to end up on the rocks,” said the festival’s main program selector Milena Zajović.

A number of films, such as Human Factors, Mitra and I Never Cry, flirt with thriller and detective genres, while achieving impressive political and poetical effects. A Corsican Summer is an entertaining story about – well – a hot Corsican summer. Slovenian film Sanremo tackles the problem of dementia in a very poetical way. We can’t wait the screening of Sun Children, the latest film by Iranian director Majid Majidi, whose debut was shown way back at the first edition of our festival.

Several premieres indicate that the world of cinema has also become concerned about both sides of mass tourism. This is why MFF offers a mini-retrospective called All Inclusive, telling us how cruisers and charter boats change cities, people and their lives. The major attraction of this program is Chichi-Bichi: Bol Tourism in the Time of Corona, a film made last summer by a group of amateurs from the island of Brač, led by artist Ivica Jakšić Čokrić Puko. This feature film presents Croatian tourism in a satirical way. Many Brač locals appear in it and, instead of real tourists, the ones made of cardboard fill up the film as extras.

As usually, there will be special treats: the musical American Utopia by legendary Spike Lee is inspired by the eponymous musical show by David Byrne of the Talking Heads fame. The “binging” fans will also come into their own – they will be able to see all five episodes of The Family, a series about the fall of Slobodan Milošević that caused commotion in these parts. Its author, Bojan Vuletić, is a member of this year’s MFF jury.

Other members of the jury deciding on this year’s winner of Propeller of Motovun include Swiss filmmaker Andrea Štaka and Croatian director Jure Pavlović. Awards will be also given by the international jury of film critics and the short film program jury. Once again, the best short film will compete for a European Film Academy award – a European Oscar of a sort. We have introduced a new award, too: Corto Montonese for Best Short Croatian Film.

“This year’s short film program will include 25 films picked out from 829 submissions. Motovun audiences will be able to see premieres of feature, documentary and animated films bursting with fresh ideas and perspectives compressed in only a few minutes. Some of the shorts won awards at the most prestigious festivals like Cannes, Clermont-Ferrand and Tribeca. Others were discovered by us, which makes us particularly happy. Come and see our short films – their captivating charm is now needed more than ever,” said Inja Korać, Motovun Shorts programmer.

Motovun Film Festival will once again offer a varied music program and a number of side events. However, they all depend on the anti-Covid-19 measures that will be in place during the festival. What we know for sure is that only the owners of digital vaccination certificates will be able to attend some of these events, primarily those taking place indoors and concerts. As for the night open-air screenings, the number of audience will be limited and obligatory distance between the viewers will be ensured. No digital certificates will be required for these screenings.

Due to reduced capacities of our theaters, you are advised to buy your tickets as soon as possible. Advance tickets will go on sale at more favorable prices on 1 July. For details, visit our festival website www.motovunfilmfestival.com.