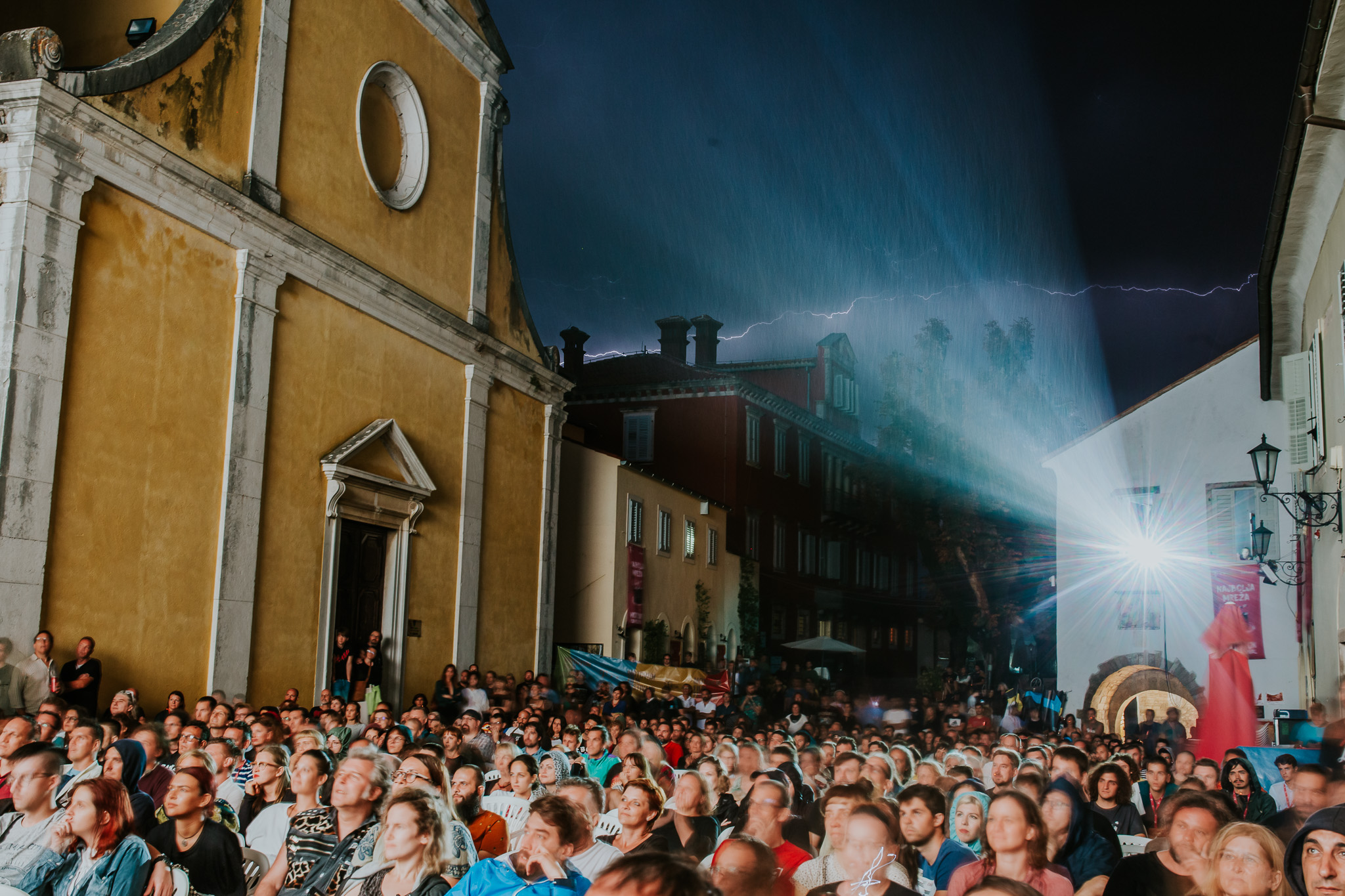 More than 100 films, many concerts and varied side events from 27-31 July

The most picturesque of Istria’s hills will once again become the place where film lovers can enjoy film galore. The projectors of Motovun Film Festival will be operating in high gear from 27 to 31 July, offering varied program full of films, music, entertainment and various other side events.

The acclaimed Italian documentary The Truffle Hunters will be the opening film. It tells us about a group of experienced hunters of rare and precious truffles, coveted by the world’s wealthiest chefs and gourmets. The truffle hunters from Italian province of Piedmont are common people who nurture their love for their truffle-seeking dogs, smartly sheltering their microcosmos from the greed outside.

As Motovun Film Festival takes place in the heart of Istrian truffle country, the entire Day One will be dedicated to this precious delicacy. In cooperation with Istrian Truffle-hunters’ Association, we have prepared a number of surprises and all the local restaurants will have dishes with truffles on their menus.

Kaweh Modiri, a Dutch filmmaker, is also coming to Motovun with his intriguing thriller Mitra, which tells us about a woman who has a chance to avenge the death of her daughter who was killed in Iran. The film is based on the true events from the director’s life. Polish filmmaker Piotr Domalevski will personally announce his film I Never Cry, about a whimsical teenage girl who, after her father’s death, has a chance to get to know his past.

Nada Šargin, the actress from The Living Man, a Serbian comedy about a middle-aged rock musician seeking deliverance, will also greet the audience on Film Hill. As for Croatian filmmakers, we will have an opportunity to greet Srđan Kovačević and the protagonists of his documentary film Factory to the Workers, which premieres in Motovun. in 2005, ITAS factory in Ivanec was occupied by its workers. they still manage the factory, but are facing the tough challenges of capitalism.

This year’s MFF main jury includes Serbian filmmaker Bojan Vuletić, the author of The Family, a TV series about the finall fall of Slobodan Milošević. All five episodes will be shown in Motovun, and so will the acclaimed films by the other two main jury members – Mare by Swiss director Andrea Štaka and Mater by Croatian director Jure Pavlović.

The merry crew of the film Chichi-Bichi: Bol Tourism in the Time of Corona is coming to Motovun from their native island of Brač. Led by versatile artist Ivica Jakšić Čokrić Puko, this group of amateurs from the town of Bol made a feature film about tourism in their town during the pandemic. In addition to the locals, the protagonists of the film are cardboard tourists (in the absence of real ones).

This satirical depiction of Croatian tourism will fit perfectly with the festival’s All Inclusive side program that addresses the consequences of the expansion of this important industry in Croatia and worldwide. In addition to showing a number of features and documentaries tackling tourism, Motovun Film Festival will adjust its side programs to fit the highest standards of tourist services, but in a funny and entertaining way, while trying to identify the border between easy buck and the point of no return.

Another interesting side program, Lockdown Diaries, includes great films that had problems finding their sway to audiences due to the pandemic. These include Tereza37 by Danilo Šerbedžija, Father by Srdan Golubović and Accidental Luxuriance of the Translucent Watery Rebus by Dalibor Barić, this year’s Oscar nominee for animated film.

Celebrating the 100th anniversary of the golden age of silent cinema, our A Century of Laughter program will be showing four short anthology comedies by Buster Keaton, one of the greatest comedians of all time. The films will be accompanied by the original score composed for this purpose by Porto Morto ban, who will also perform it.

Concert-goers will also be happy. The rich concert program will be taking place in the new venue, open-air Cinema Billy. Day One will see the appearance of Alejuandro Buendija i Sinovi (the alter ego of Saša Antić from TBF, with plenty of top lyrics, black humor and original comments on the absurd aspects of our daily life. Other performers will include some of the most interesting names of Croatian musical scene: Je Veux, Pocket Palma i Porto Morto. DJ Mario Kovač will be joining them with his original show inspired by the golden age of tourism in Croatian Adriatic.

To attend concerts and daytime screenings in indoor theaters, producing the Covid-19 certificate will be required. These will not be required for night screenings and other outdoor events. Taking Covid-19 tests will also be possible. For more on this, visit the festival website: https://motovunfilmfestival.com/covid-pravila.

As the capacities of the festival venues have been reduced due to anti-Covid-19 measures, you are advised to book your tickets for the screenings as early as possible. Tickets can still be booked at: https://motovunfilmfestival.com/ulaznice.